This website will celebrate the vitality and variety of British cinema in the 1960s (whilst straying back into the 1950s and on into the 1970s, and sometimes just covering interesting British films from any era). In general I have taken the definition of the 1960s from Dominic Sandbrook's 'Never had it so good', which starts the era in 1956, and goes through to summer 1970. In cinematic terms, this is about right - although Room at the Top wasn't released until 1959, the literary impetus for such films goes back a few years - and the early 1970s films such as A Clockwork Orange, Villain and of course Get Carter feel very different again.  I started the website in April 2012, and although I try and give the dates when I write 'at the moment' etc, it's not always possible, so if anyone spots anything that is out of date please let me know, I want to keep the website as up to date and current as possible.

All uploaded clips are my own unless otherwise stated, where I have acknowledged the source.  All pics are freely available on the web, again unless otherwise stated.  If there are any pics that are copyrighted, let me know and I will remove them if requested; it is not my intention to pass off others' work or research as my own, and I have not done so knowingly. In the same vein, all text is copyrighted, and may not be reproduced without my permission.

In Nov 2017 I decided to change the home page layout, so all pages and pieces now appear in the main part of the website, leaving the home page free to highlight any events, news or topics as they come along.

21 April 2022: this month marks 10 years of the website, as I started it shortly after coming back from Abu Dhabi on New Year's Eve 2011.  The only real way to celebrate is to actually write a new page or two, as shamefully the last page I did - on Kind Hearts and Coronets in the 'Books-to-Film' section - was on 01 January 2020.

That page is now (25 April) written, on Term of Trial in the 'Unsung Films' section here, so: 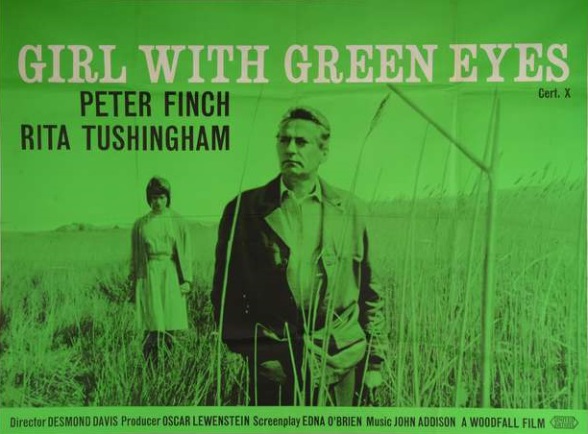 The main section of the site is the one on 'unsung' films; those films which few may have heard of, but which deserve a wider audience, such as Girl with Green Eyes (see poster above) starring Rita Tushingham and Peter Finch, which was added on 28 August 2018.  To date there are pages on 42 such films, all released in the 1960s apart from The Rise and Rise of Michael Rimmer, which just sliipped over into the next decade, and Slade in Flame, which just didn't fit into any other category but was a film I just wanted to write about, so in it went.  See above for the latest additions to these pages, or just click on the 'Unsung Films' link at the top of the page, and all the films featured are down the left hand side, just click on a film. 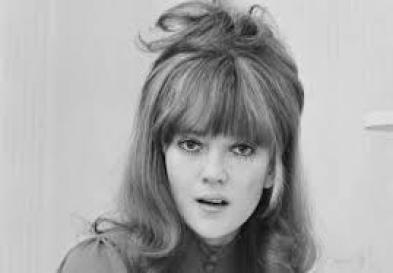 I've got some pages on stars of 60s films, principally on Rita Tushingham, Oliver Reed, Tom Courtenay, Peter Sellers and Norman Wisdom, but there are many, many others that I would love to write about.  At the moment I have come to realise that Michael Crawford, who I know, like many of my age, from TV's 'Some Mothers Do 'Ave 'Em', was in some pretty key films of the decade, so I may do a page on him in the not too distant future, but there are two or three actresses that might jump the queue, particularly Ann Lynn, Sylvia Syms and Julia Foster (above).  I never had the courage to ask her for an interview, but I still delude myself that I might one day.   I also still hope to see her appearing at one of the Renown Talking Pictures festival days, here's hoping. 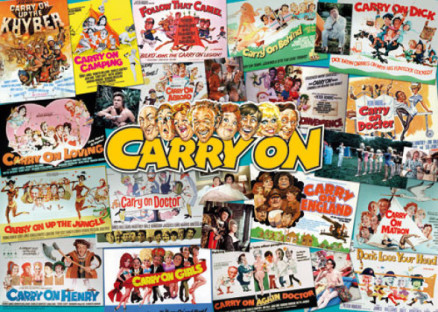 If I started off with the intention of just writing about individual films, I soon went off at a tangent and many of the pages on the website are on general themes - Swinging London, Carry On films (see left), New Wave films (hate the expression 'Kitchen Sink'!) - and I ended up adding some non-60s pages, for example on the 1940s spiv cycle of films, or 'low-life' films of the 1930s.  The pages that I am most pleased with though are the ones that just celebrate unusual aspects of the films of the time, the main example being the page on The Smiths and 60s film culture.

Ideas for future pages include Harold Pinter scripts, recent films that look back at and recreate the period, and Ken Loach's TV and film work in the 1960s. 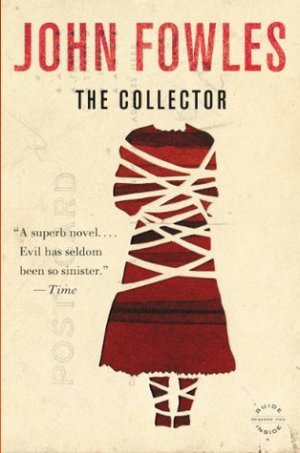 Another section I'm pleased with is the one on book-to-film adaptations in the 60s, as I think detailed articles on such adapations are quite rare.  I've always been very interested in reading the original novel after seeing certain films, so I decided to focus on famous films adapted from not-so-famous books.

This section includes pages on The Leather Boys, Get Carter (originally published as 'Jack's Return Home') and The Collector (see right) and I've recently added pages on some New Wave films - A Kind of Loving, Billy Liar - as well as on a film from the 1940s, Kind Hearts and Coronets (see above).   There aren't that many pages so far, partly because it's difficult to find the right film/book, but mainly because they are the most difficult and time-intensive pages to write, and I am essentially lazy.  Unlike the pages on unsung films, for example, where I can just watch a film, edit a few clips, find a few pics and then just ramble on about any old thing, for these pages I really have to focus on characterisation, setting, narrative and how they compare.  Still, the effort is worth it in my view as once done, they are some of the best pages on the site, although I do say so myself. 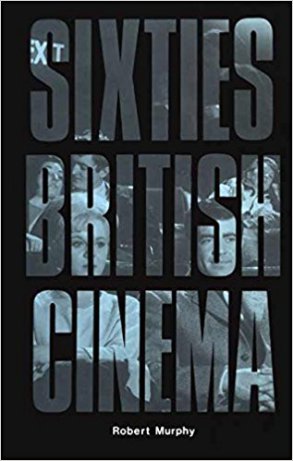 Early on I wrote up two pages on recommended books and DVD outlets for films of the period, and although they should be updated more often than they are, I hope they remain relevant.

The best book on British 60s cinema is still Robert Murphy's book (see left), but there are lots and lots of others on various aspects of the films of the time, which reinforces my point that British 60s films are so varied that they appeal across the board to all sorts of different people - and that's without even mentioning two of the most popular genres, James Bond (which I have no interest in) and horror films (which I dislike as a rule).

The page on DVDs focuses on the main retail outlets for British films - Renown, Network on Air etc - as well as the various 'obscure film' sellers that I've managed to find out about, such as myrarefilms.co.uk, who have cheap copies of hard-to-get films.

There are plenty of other pages and sections; I'm ashamed to admit that I've done nothing for two years on the website now (as of April 2022) but that's mainly due to my laziness rather than a lack of things to write about, and as this month marks the 10th anniversary of the website - which started up April 2012 - I hope to add more pages to the site soon, but in the meantime I keep revising older pages and adding new clips etc.  If you have any comments, thoughts, suggestions for future pages etc, please let me know via the 'Contact' page.  Above all, please watch the films and enjoy; if I can introduce people to films they didn't know about, I will have achieved something.