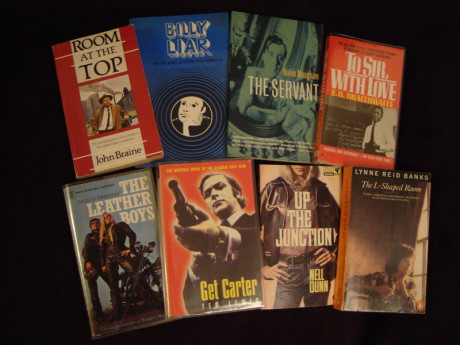 A new feature to this site (as of Feb 2013), this will consist of pieces on relatively well-known films, such as The L-Shaped Room, Get Carter and To sir, with love, that have come from little-read novels.  Some time ago I got hold of these books from second hand book sellers, and I'm fascinated by the differences between the book and the finished product on the screen - some of the changes seem to be for no reason, and in some instances the plot has changed out of all recognition.  Gerald Kersh, who wrote 'Night and the City' (which was turned into the 1949 film noir starring Richard Widmark) once famously remarked that he was the best paid author in the world, as he was paid $40,000 dollars for the film rights to his novel, and as that was all they took from it - those four words - he was therefore paid $10,000 per word!

All of the pieces assume a reasonable knowledge of the films, and contain a great many plot spoliers, so please don't read them without watching the films themselves first.

The series starts with The Leather Boys, a 1964 film (although made in 1963, its release was delayed for about 10 months for complicated reasons) directed by Sidney J Furie from Gillian Freeman's book, with the last addition at the time of writing (Dec 2019) being 1959's Billy Liar by Keith Waterhouse, made into a film released in 1963.