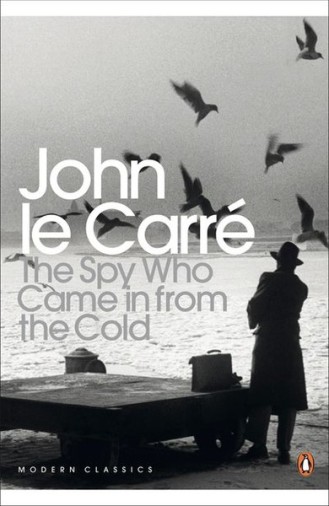 If the sketch above is so familiar (and the comedy of course relies on its familiarity), it rests almost entirely on the novels (and the films and TV series made from them) of John Le Carre.  A world away from the absurdities of James Bond, Le Carr'e world is one of bleak, austere, shabbiness, where unheroic men and women carry out even more unheroic tasks, often to little effect.

The spy who came in from the cold (hereafter TSWCIFTC) is one of Le Carre's most famous novels, and was made into a film two years later, directed by Martin Ritt and starring Richard Burton, who gives a superb, understated performance as Alex Leamas, the cynical, unillusioned (not disillusioned, as he never had any illusions in the first place) agent who pretends to defect to the East as part of an operation to discredit and thereby eliminate Mundt (Peter van Eyck), a hardline East German agent.

The film's plot, and often dialogue, is lifted intact for the film.  Compare this scene in the book with the film, as Control (played by Cyril Cusack in the film) in London outlines Leamas' next operation,with Control speaking first:

'I wondered whether you were tired.  Burnt out.'  There was a long silence.

'That's up to you,' Leamas said at last.

'We have to live without sympathy, don't we?  That's impossible of course...I mean, one can't be out in the cold all the time; one has to come in from the cold...d'you see what I mean?'

'I want you to stay out in the cold a little longer.'  Leamas said nothing, so Control went on: 'The ethic of our work, as I understand it, is based on a single assumption.  That is, we are never going to be aggressors.  Do you think that's fair?'

Leamas nodded.  Anything to avoid talking.

'Thus we do disagreeable things, but we are defensive. That, I think, is still fair.  We do disagreeable things so that ordinary people here and elsewhere can sleep safely in their beds at night.  Is that too romantic?  Of course, we occasionally do very wicked things.'   He grinned like a schoolboy.  'And in weighing up the moralities, we rather go in for dishonest comparisons; after all, you can't compare the ideals of one side with the methods of the other, can you, now?'

Leamas was lost.  He'd heard the man talked a lot of drivel before getting the knife in, but he'd never heard anythihg like this before. 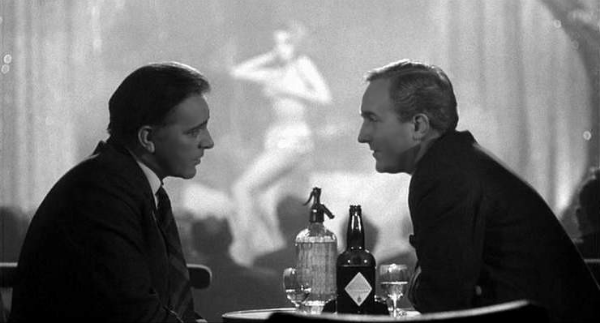 Leamas allows himself to be drawn in by Kiever (Robert Hardy)

After Leamas gets a job, where he meets Liz Gold (Nan Perry in the film, played by Claire Bloom), he then engineers a spell in prison for assaulting a grocer, and after a series of clandestine (and confusing!) meetings with Ashe (Micheal Hordern), Kiever (Robert Hardy) and Peters (Sam Wanamaker), who takes him to Holland, he is taken to the East, where he meets Fiedler (Oskar Werner), a dedicated Communist who begins his debriefing properly, but cannot understand Leamas' motives, as he asks him:

'Then what do you think?  What is your philosophy?'

'I just think the whole lot of you are bastards,' said Leamas savagely.

Fiedler nodded.  'That is a viewpoint I understand. It is primitive, negative and very stupid - but it is a viewpoint, it exists.  But what about the rest of the Circus?'

'Have you never discussed philosophy with them?'

'No.  We're not Germans.'  He hesitated, then added vaguely:  'I suppose they don't like Communism' 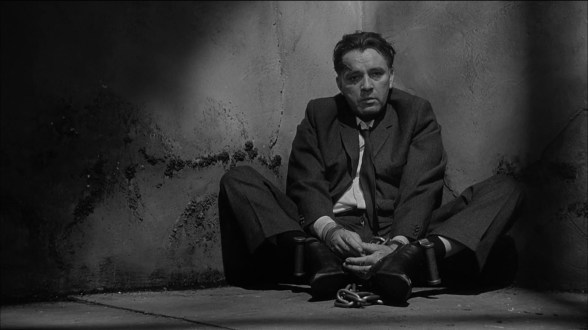 The double cross however turns out be a triple cross, with Leamas as much in the dark as us, the audience/readers; Fiedler is right, Mundt is a double agent, but Leamas and Nan are the pawns in the game, as he describes to Liz:

'All right!  Leamas shouted suddenly.  'I'll tell you what you were never, never to know, neither you nor I.  Listen: Mundt is London's man, their agent; they bought him when he was in England.  We are witnessing the lousy end to a filthy, lousy operatoin to save Mundt's skin.  To save him from a clever little Jew in his own department who had begun to suspect the truth.  They made us kill him, d'you see, kill the Jew.  Now you know, and God help us both.' 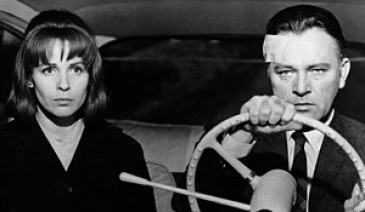 Mundt allows Leamas and Liz/Nan to escape to Berlin, then the Wall and back to the West, but Liz/Nan still doesn't understand (for which I have sympathy, it is a very complicated plot!), so Leamas spells out it to her both in the book and film, exposing the sordid, shabby nature of spying:

'There's only one law in this game,' Leamas retorted.  'Mundt is their man; he gives them what they need.  That's easy enough to understand isn't it?  Leninism - the expediency of temporary alliances.  What do you think spies are - priests, saints and martyrs?  They're a squalid procession of vain fools, traitors too, yes; pansies, sadists and drunkards, people who play cowboys and Indians to brighten their rotten lives.  Do you think they sit like monks in London balancing the rights and wrongs?  I'd have killed Mundt if I could, I hate his guts, but not now.  It so happens that they need him.  They need him so that the great moronic mass that you admire can sleep soundly in their beds at night.  They need him for the safety of ordinary, crummy people like you and me.' 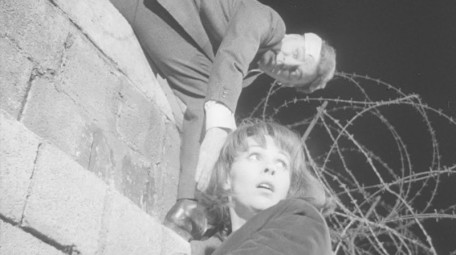 In the end, of course, Liz/Nan is sacrificed (she knew too much, and it was always the plan of British Intelligence and the Circus to sacrifice her), although it is made much more explicit in the film as she is shot by the man who drives them to the wall, rather than being shot by the guards.  The end of the book is very poetic in a way, as it reflects back on something Leamas had mentioned in an interior monologue much earlier in the book, about almost crashing his car and seeing the faces of the four children in the back, laughing and waving.  This image comes back to him in the last lines of the book:

Finally they shot him, two or three shots.  He stood glaring round him like a blinded bull in the arena.  As he fell, Leamas saw a small car smashed between great lorries, and the children waving cheerfully through the window. 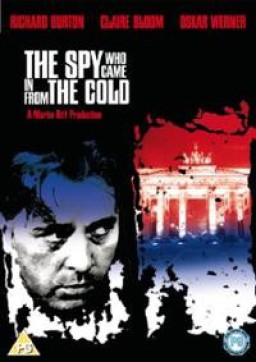 This is one of a number of low-key, realistic spy films in the 60s, along with The Ipcress File, Funeral in Berlin and the hard-to-see Ring of Spies, about the Portland spy scandal, but this is the most downbeat of them all.  I now intend to read more Le Carre novels, with 'Tinker Tailor Soldier Spy' (which has been made into a 2011 film, which I have not seen yet) next on the list.

I suspect that with a bit of digging you can see the whole of the film on youtube, although the DVD is only just over £3, and the book can be got from any library (which is where I got my copy!)