Rita Tushingham was born in 1942 in Liverpool.  Her best known film is still her debut, A Taste of Honey, in 1961, but she graced many other films in the 1960s and beyond, as outlined below. 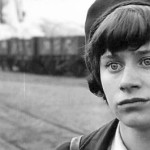 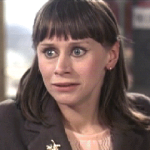 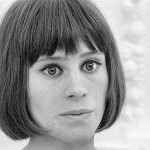 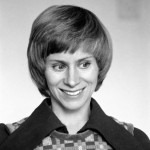 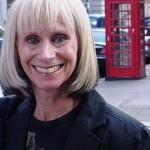 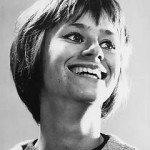 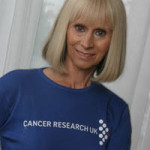 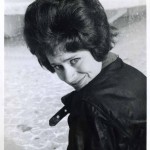 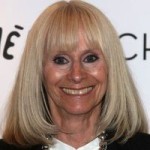 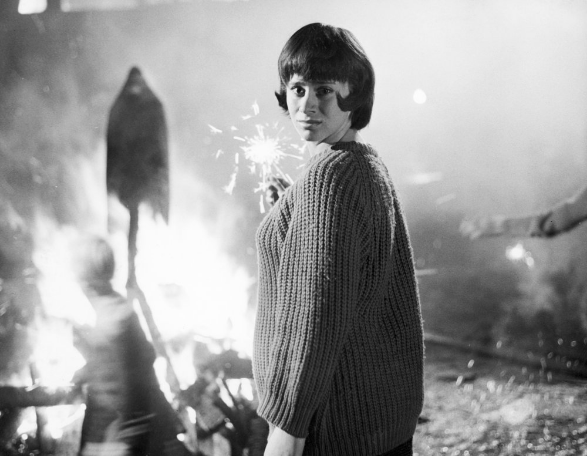 Rita Tushingham is one of the great icons of British 60s cinema. She made her screen debut in, of course, A Taste of Honey as Jo, who is supposed to be 17 (Rita was 18/19 when the film was made).  There's a nicely put together sequence from youtube, compiled by andy pontinen, from A Taste of Honey and The Girl with Green Eyes, on our Rita: 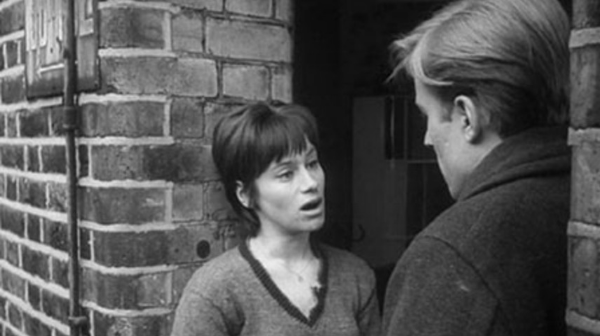 After A Taste of Honey her next film was A Place to Go, directed by Basil Dearden (of whom there will be much more on this website) where she played opposite Mike Sarne, who sang the title track. Although this is a slight and relatively low-key film, I like it, particularly as Rita plays a very feisty girlfriend to Sarne.  The scene below captures this perfectly, as the couple arrange their first date, particulalry like Sarne's line "And don't come in none of your kid brother's cast-offs, you old ragbag!": 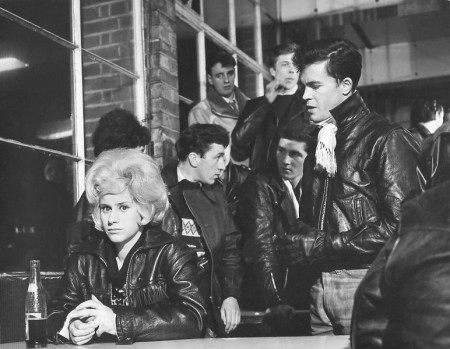 Rita in no-nonsense mood (and a blonde wig)

She went on from her critically acclaimed debut to appear in a film very dear to my heart, The Leather Boys, where she played ﻿Dot, the young bride of Reggie (Colin Campbell, pictured with Rita in the Ace Cafe).  This undervalued film has received much more notice over the last few years; I've written at length on The Leather Boys in the book-to-film pages, here's the link to the page: The Leather Boys 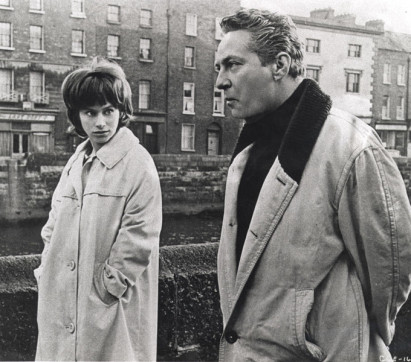 Rita with Peter Finch beside the Liffey

The Girl with Green Eyes (1964) is adapted by Edna O'Brien from her own novel about Kate Brady (Tushingham), a naive country girl who, living in Dublin, has an affair wtih a worldly and suave writer, Eugene Gaillard (Peter Finch) and, er, that's about it really.  It pairs Tushingham with Lynn Redgrave (as Kate's 'fast' friend, Baba) for the first time, 2-3 years prior to them teaming up again in Smashing Time (see below).   I've now written about the film in the 'Unsung films' section of the site, so I won't say any more about the film see link here: Girl with Green Eyes 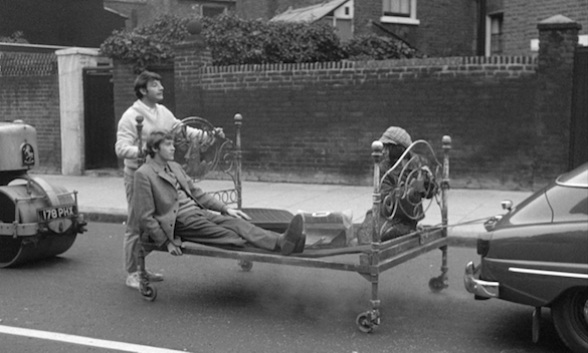 By way of contrast The Knack...and how to get it is Rita's most famous film after A Taste of Honey.  It's one of the key Swinging London films and has much to recommend it - well, Rita's in it for a start - but I've never been able to warm to it, although it's one of those films - Bruce Robinson's follow-up to Withnail and I, How to get ahead in advertising, is another - that I really want to like more than I do.

I remember seeing The Knack in the Barbican film complex with a couple of friends - both big fans of Rita's - back in the 1980s, and I can still remember how disappointed I felt when I came out, as were they.  The scene where Rita's character keeps shouting out 'rape!' is still one I find very uncomfortable, as probably do many others.  I also feel Dick Lester's direction has really dated the film now, although at the time I suspect that it was the dog's whatsits. 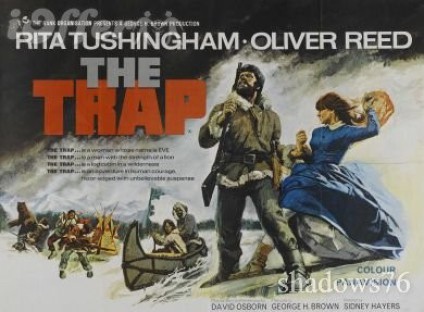 which seems to have been made at roughly the same time as Doctor Zhivago, is 1966's The Trap, with Oilver Reed and directed by Sidney Hayers.  I bought this on DVD in Feb 2018, but only now, in Oct 2019, have I got round to properly writing about it, so no more to be said about it here but just follow the link to the page in the 'Unsung films' section:  The Trap 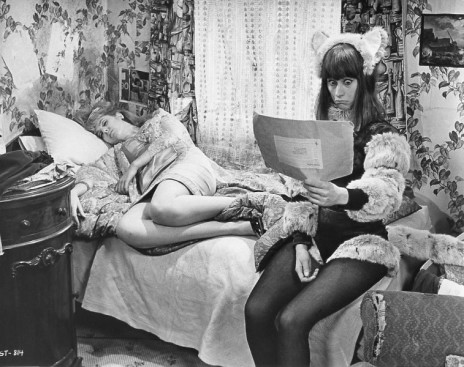 After her minor role in David Lean's extravaganza Doctor Zhivago, Rita appeared with Lynn Redgrave in Smashing Time, a kind of send-up of Swinging London films, made in 1967. Halliwell calls it "horrendous" but I really liked it when I saw it a very long time ago, and I got hold of it at last through the good folk of stojo.com (a website selling hard-to-get films).  I'm in two minds about it now to be fair; on the one hand some of the comedy is pretty ham-fisted, and Lynn Redgrave does ham it up something rotten, on the other hand it's light and has a period charm, and I can think of a lot worse ways to spend my time.   It may not be satire exactly (although some of the pot shots definitely hit their intended targets), and I'm not keen on slapstick comedy (unless it's Laurel and Hardy) but it doesn't deserve to get lumped in with rubbish like Modesty Blaise and other later 60s horrorshows. 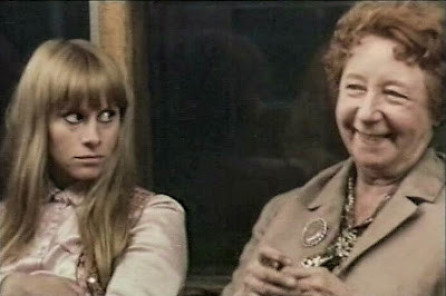 After two more films I've hardly even heard of, let alone seen (Diamonds for Breakfast, with Marcello Mastroianni, and The Guru, with Michael York) Rita finished off the decade with The Bed-Sitting Room, a post-nuclear holocaust comedy.  Despite the array of talent involved (or perhaps because of it? - here Rita is pictured with Mona Washbourne) I have always found this film literally unwatchable. One day maybe I'll force myself to sit down and not move until it's over, but that time has not yet come. There were some absolutely dreadful films in the late 60s, and for me this one is right up there (or is that 'right down there'?) with the worst of them. 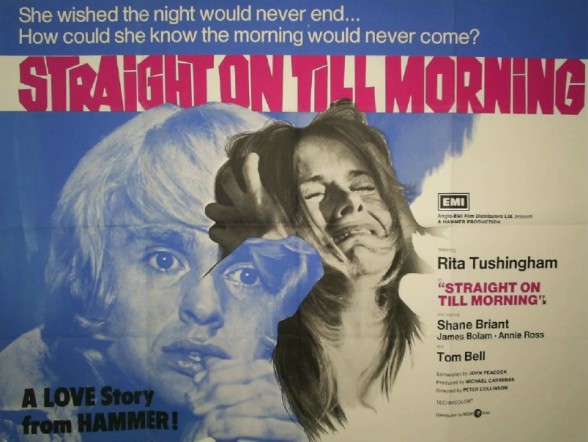 I've been meaning to watch Straight on till morning, a 1972 film from Peter Collinson (Up the Junction and The Italian Job) for some time, but I needn't of bothered; this is a real stinker with the decent roles drying up very quickly for Rita.  A slasher film also featuring James Bolam, Tom Bell and even John Clive in minor roles, Collinson's flaky direction is about 5 years out of date and there is very little of interest, apart from seeing Rita in a very suspect wig at one point, reminiscent of her hairdo in The Leather Boys.  Avoid at all costs.

So that's just a quick summary of Rita Tushingham's film work in the 1960s. Writing it has made me realise that I still haven't seen almost half of her films in that decade, but her appearances in A Taste of Honey and The Leather Boys are ones I especially treasure. I'd love to hear from others with fond memories of her work.  As always, someone on youtube says it all much better than I can, excellent piece coming up from MrAceofwands:

Stop press:  on 11 Feb 2018 your very own correspondent finally managed to meet Rita, at the 4th Renown Film Festival, and she was as charming and fascinating as I always knew she would be.  My thanks to Robert Ross for taking this photo (even if he did steal my thunder by asking the question that I had planned to ask, on Rita's experiences on The Trap and working with Oliver Reed.  Damn!).  She also signed my newly purchased copy of The Trap.  A true star. 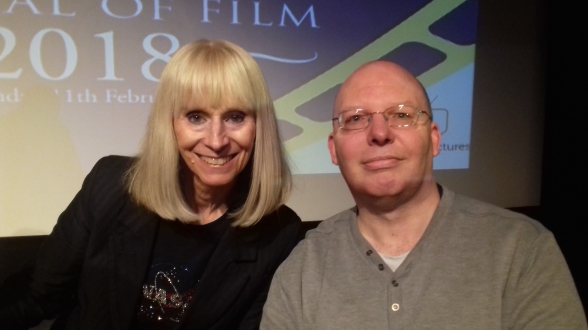