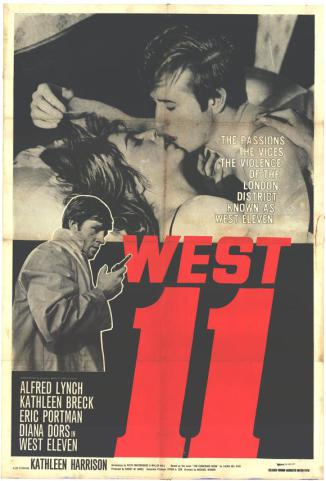 West 11, referring of course to the Notting Hill area postcode, is an early realist effort by Michael Winner, before even The System; not so much a narrative film as a superb social document of a lost world of bedsits, jazz club and general dreariness just before Swinging London and long before Julia Roberts and Notting Hill put the area on the map, having since been gentrified (see below for two stills from the films, showing Portobello Road market)

The main character is Joe Beckett (Alfred Lynch), an aimless, shiftless but essentially likeable drifter, who when the film opens is in bed with his girlfriend, Ilsa (Kathleen Breck, an actress not known to me and whom I know nothing about I'm afraid) before heading back to his own bedsit and getting ready for work.  It is the presence of a number of favourite faces that makes the film such a pleasure, rather than any dramatic tension, with apperances by Eric Portman, Diana Dors, Kathleen Harrison, Harold Lang, Finlay Currie, Peter Reynolds, Brian Wilde and Francesca Annis livening things up. 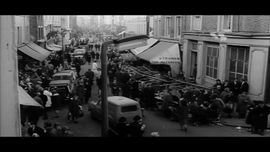 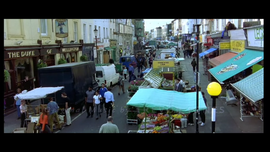 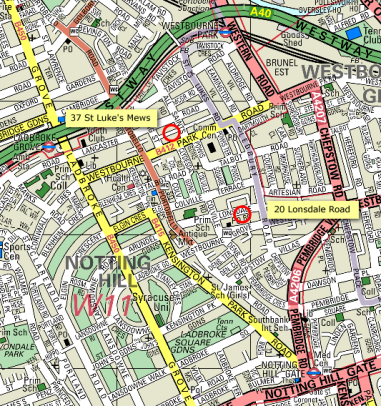 We are in the same setting as The L-Shaped Room, released a year earlier, which has been difficult to pin down as to area; although set in Fulham in the book, Leslie Caron walks through a number of areas before she settles on the rundown hovel run by Avis Bunnage in the film, with some of the place names clearly altered (see www.reelstreets.com for more information).

No such problems here; the film opens in very similar fashion to The L-Shaped Room, with Joe in bed with Ilsa, then coming out of her bedsit, turning right and walking past the street sign which can be clearly read as Pembridge Crescent W11 (see map to right) before a short walk, past and through Portobello Market, to his own, equally grim and seedy bedsit.  Here's the whole sequence with the opening credits:

The main narrative element of the film, which is scripted by Keith Waterhouse and Willis Hall,  involves Eric Portman's character, Captain Dyce, who is one of those characters that were relatively prevalent in British films from the late 1940s though to about the mid 60s, that of the shady fraud, supposedly an officer during the war who still goes to the regimental dinners but who by and large actually spent the war trying to avoid active service, and flits from dodgy scheme to dodgy scheme, often bordering on the blatantly illegal but somehow always having enough money to at least present the necessary image; The League of Gentlemen, for example. presented a whole gallery of such ne'er-do-wells, and we learn almost immediately that Dyce is of this type when he first encounters Joe at the gentlemen's outfitters where he (Joe) works, asking for a regimental tie, but rather giving the game away when, in reply to the question "Certainly sir, which regiment do you want?" he says "What regiments have you got?" 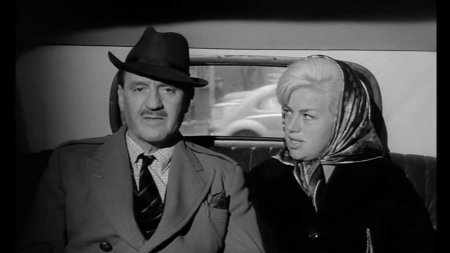 Dyce witnesses what turns out to the final argument between Joe - who is uninterested in his work, always late and who is clearly the bane of his upright, meticulous boss's life - and the manager, with Joe responding to being given a week's notice by saying that he will leave immediately.  Dyce is obviously interested in the young man, but we don't know why yet.  He gets himself invited to one of the seemingly endless series of parties thrown by Joe's crowd of equally aimless drifters, although he is out of place there, but meets up with Georgia (Diana Dors, above) whom he suspects, correctly, will be of some use to him and is someone whom he can leech off of in the meantime.

Joe finds himself, as he mooches about cafes and Studio 51, a jazz club featuring the Ken Colyer trio, being followed by a stranger known as Jacko (Peter Reynolds), not knowing that Dyce has put Joe under 'surveillance' to learn more about him. In this scene, which also features Brian Wilde, later of course to find fame as Mr Barraclough in TV's 'Porridge', as a rabble rouser from a racist political party, we find out why: 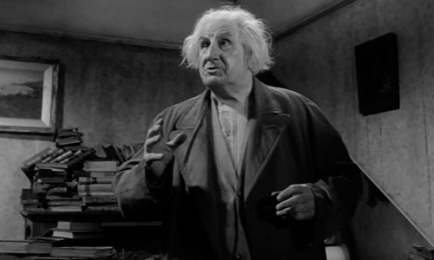 When Joe's landlady finds him in bed with Ilsa (he is not allowed to have women in his room after 10:30 at night) she is thrown out immediately and he follows the next morning; he is invited to stay with an old boy who lives in the basement, Mr Gash (Finlay Currie, left) after he sees off some youths (including David Hemmings) tormenting the old man, but he just leaves his cases there whilst he heads off, ostensibly to look for new lodgings but in reality just drifting back to the same old haunts, where he meets Georgia again and goes home with her, finding about more about her life as he does so.  He tries to find solace at Studio 51 (in addition to Ken Colyer's appearance, the theme music is played by Acker Bilk, just at the period when the clever money was on jazz being the next big thing, before the Beatles' phenomenal success put paid to that and cemented rock's pre-eminence for ever), including dancing with Francesca Annis at one point, but Mr Gash seeks him out to tell him that his mother - whom we had met earlier in the film, played by Kathleen Harrison, you can see the whole scene featuring her on youtube - has died.  Even more unsure what to do, and wondering why he feels nothing - he describes himself as an "emotional leper" - he inevitably finds himself heading inexorably towards Dyce:

This rather implausible plot strand does involve an extended sequence where Joe travels down to Dorset, where I was reminded very much of Strangers on a Train, specifically the scene where Guy Haines is supposedly going to kill Bruno's father but in fact is intending to warn him, only to find Bruno, anticipating his faint-heartedness, waiting for him.  Is Joe going to do something similar or is he really going to kill Dyce's aunt?  Well, regular readers of this website, if there are any which seems unlikely to be honest, will know that I never reveal the ending of an unsung film, as the whole point is to encourage people to watch the film.

The main pleasure remains seeing Eric Portman and Diana Dors, along with all the other names mentioned above (and apparently I missed Mike Leigh and Una Stubbs, must have another look), along with the 'social history' documentary aspect present in so many of these films.  West 11 is available from Network on Air for around £7, although if you wait they might put it in a sale again, I've just bought mine (June 2015) for £4.19. 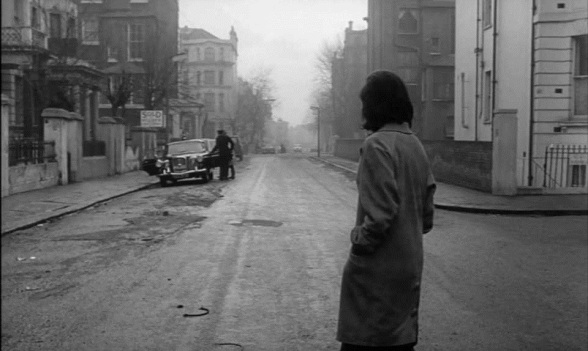