NORMAN WISDOM AND THE GUMP 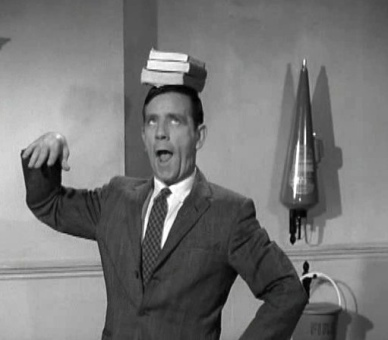 It is often said that the British don't celebrate their successes or trumpet their achievements enough. This may be true in the case of Norman Wisdom; in the 1950s and early 60s Wisdom - or, perhaps more accurately, 'Norman', in the guise of a character he called 'the gump' - was a phemonenon, the scale of which is hard to fathom or appreciate now. Wisdom's films were usually amongst the most popular at the box office, and he was often voted one of the most popular British stars. The montage below shows the range of films he featured in over a decade or so: 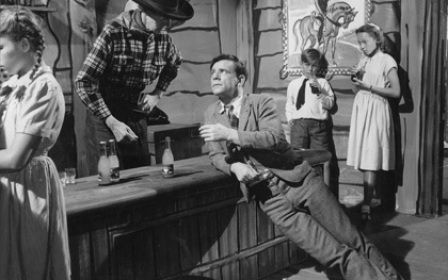 Beginning with Trouble in Store (left)), still probably his most famous film, Wisdom situated his character, always called Norman (often Norman Pitkin), usually at the bottom of the pile, whether it be in a department store, the navy, a stately home etc, or even unable to even get in at the bottom of the ladder, as in On the Beat, where he is desperate to join the police, like his father.

When I was a child, I loved these films, vividly remembering famous scenes from films such as Trouble in Store, The Early Bird, On the Beat, Man of the Moment etc. I even saw On the Beat about 20 years ago one afternoon and thought it was hilarious. The films are far more effective when Wisdom is given free rein to play off against officialdom, particularly when it comes in the form of Jerry Desmonde, as in this scene from Man of the Moment: 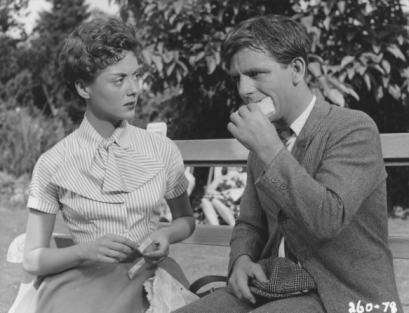 Lana Morris with Wisdom in Trouble in Store

Unfortunately I've watched most of the films again in the last couple of months, and either I've lost my sense of humour (more than likely) or they all seem embarassing and dismally unfunny now, apart from the odd scene or two. Even as a kid I found some of the films uncomfortable, as Wisdom always wanted to emphasise sentimental and somewhat cloying situations, most famously in songs such as 'I love you' and his most famous song (which I suppose became his signature tune) 'Don't laugh at me'. Like Formby before him, there was the problem of mixing in a romantic interest wtih the 'plot', and again it was obvious even as a kid that women like Lama Morris (left) would never be interested in a character like the Gump in reality. It is noticeable now that comedians like Will Hay and of course the Marx Brothers seems so much more modern, partly due to this absence of sentimental romance (although later Marx Brothers films had to incorporate these elements, although they never involved the threesome themselves). it is difficult to watch scenes like these now: 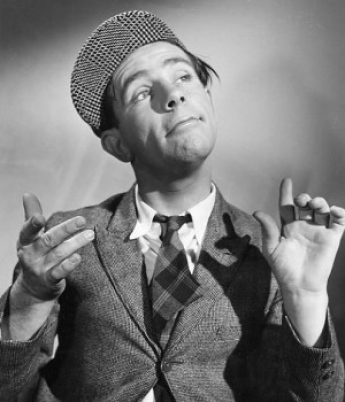 What I have learnt relatively recently is what a hard upbringing Wisdom had, and what obstacles he had to overcome, for which I very much admire him (although it doesn't make his films any funnier). He was born into poverty, and his father apparently used to beat him and his brother. He went to a children's home when he was 11, but ran away, and after being sent away by his father he ran away again and joined the Navy. He has often said that this was the making of him, and he learnt a great deal in his time in the services, including mastering a number of musical instruments, as well as becoming a useful boxer.

There was a very interesting documentary about Wisdom on TV recently, where some film was shown of him (on Parkinson I think) telling a very sad story about how he tried to find his father and have a reconciliation, only for his father to refuse to even speak to him. 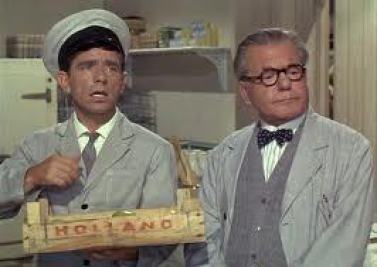 Wisdom and Edward Chapman ("Mr Grimsdale!") in The Early Bird!

After his first seven films (all directed by John Paddy Carstairs) Wisdom left Rank in 1960 and made two films for United Artists, There was a crooked man and The Girl on the Boat, but these two films are rarely shown and I haven't seen either so can't comment.

As these two films were much less successful than their predecessors, Wisdom returned to Rank to make a couple more 'typical' Gump films, On the Beat and A Stitch in Time, but again wanted to try something different, but by now it was the mid-60s and the audience was moving on. His last two Rank films, The Early Bird and Press for Time, whilst in colour, simply repeated the formula of the early hits. This scene from Press for Time, featuring shots of Teignmouth where the majority of the film was made, is one of the rare highlights of a generally lacklustre film. 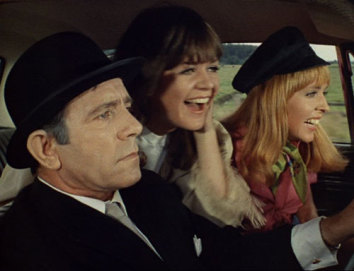 Wisdom's last film was 1969's What's Good for the Goose, an attempt to play a real person in a real setting (Wisdom's character is named Timothy Bartlett, which, to be the best of my knowledge, is the only time he didn't play a character called Norman) who throws caution (and in one scene, his clothes) to the wind and ends up in bed with a young carefree 'hippy' girl, Nikki, played by Sally Geeson, younger sister of Judy Geeson.

He makes a fool of himself by falling for her, trying to ingratiate himself with the 'in' crowd in awkward and embarrassing scenes, with this being one prime example: 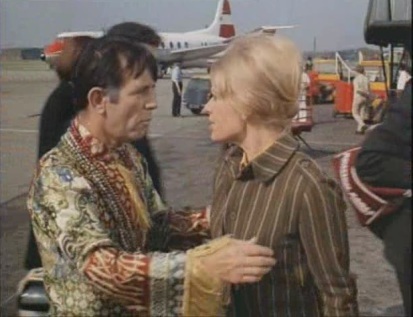 The film ends happily as he manages to replicate his new found freedom and happiness with his wife, who is surprisingly content to dress, like him, much younger than she can get away with - and it is of course not mentioned that in fact he has simply been unfaithful to her for which he seems unapologetic. It also has to be said that it is all rather disingenuous as Wisdom was now in his mid-50s whereas Sally Bazely, who plays his wife, was only in her mid-30s.

It should be awful, but it's surprisingly watchable, although some of the set pieces (Wisdom trying to get into his own bedroom at his hotel without passing through the lobby, for instance) are tedious in the extreme.  It might have led to a new start for Wisdom, but it wasn't to be, although he was not the only one to lose his way in the car crash that was the early 70s British cinema, and perhaps we should be thankful that he took retirement rather than sully his reputation by appearing in the trash and horror/gore that passed for cinema in those troubled times.

He was certainly too old anyway to carry on playing the sentimental, romantically-inclined 'fool' of the earlier slapstick films.

Norman Wisdom's Rank films are available in different volumes, or you can buy twelve of them -  basically all the Rank films - in the Norman Wisdom Collection (see right) for less than £20, although his non-Rank films such as There was a crooked man and the late 60s effort What's Good for the Goose, are harder to come by.

They should be worth looking out for, as Wisdom showed later on that he was a very good actor in dramas such as 'Going Gently', although after What's Good for the Goose he made only the odd rare appearance in films, such as Double X in 1992.

The still at the top shows Wisdom as Norman Pitkin in The Early Bird (1966).