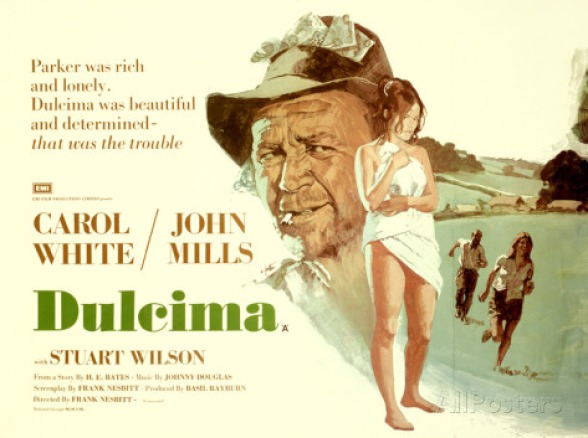 Dulcima is basically a two-hander featuring John Mills and Carol White, wtih the only other character of note being 'Albert', played by Stuart Wilson, although even he doesn't make an appearance until nearly 40 minutes into the film.  Written and directed by Frank Nesbitt (about whom I have been unable to find out anything) it is adapted from an H.E. Bates short story first published in a collection called 'The Nature of Love', and then republished by Penguin in 1971 to tie in with the film.  I've not read any H.E. Bates before, in fact my knowledge of him is limited to the fact that he wrote 'The Darling Buds of May' and what I gleaned from 'I''s comment in Withnail and I when, confronted with hostility by the farmer's mother, he comments "Not the attitude I'd been given to expect from the H.E.Bates novel I'd read."

The film opens with John Mills' Parker driving back to his farm, drunk, passing Dulcima (Carol White) on the way, the latter pushing a pram uphill with, I assumed, her child in it (it turns out she is the eldest child in her family and her many domestic duties include looking after her numerous siblings).  He has a minor accident back on the farm, so Dulcima helps out, noticing as she does so that he has a great deal of money secreted in his hat.  Taking him into his farmhouse, she notices the mess the place is in and, despite his unresponsiveness, returns the next day and tidies up for him, although again she meets with little by the way of thanks or appreciation.  They settle into a routine, which Parker seems to take for granted until she doesn't turn up one day, which starts to make him think how much he has grown to rely on her in so short a space of time, but when she arrives the next day, a hot summer's day, he also notices for the first time her other attractions: 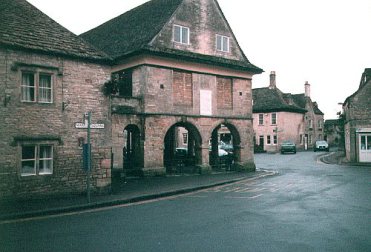 One of the pleasures of the film for me is its setting, perpetual summer in the West Country.  I wasn't sure at first if it was set in the mid-50s, when the book was written and published, or in the late 60s/early 70s, but I think the latter, particularly when Dulcima persudes Parker to buy a TV set, which he certainly wouldn't have had in the mid-50s.  I looked on the internet to see where the film's locations were; www.reelstreets.com do a good job as usual on this, but I also came across a fans' site here: http://bobmeade-ivil.tripod.com/id5.html, which includes photos such as the one above, which happens to be Minchinhampton in Gloucestershire, which features as the local town in the film. 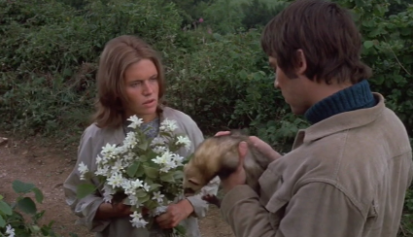 We soon see how Parker makes his money - some 'fly deals', as he calls them, on market day, are a nice little earner - and Dulcima soon realises that she has easy access to Parker's money whenever she wants, although she has no objection to him sharing her bed as part of the 'bargain'.  This is where the film is a little disingenuous compared to the book, where Dulcima is described in the opening lines as follows:

She was a short girl, thick in the back, with stout legs covered by brownish cotton stockings and flat feet by big sloppy shoes.  Her hands were large and coarse and her straight dark hair hung down over her solid cheek-bones in uncombed strands.

Her legs, and her conciousness of them, are frequently commented on throughout the book, using terms such as 'thick', 'ugly' and 'affliction', so the casting of Carol White is clearly a sop to the commerical market in that respect.  Having invented an 'Albert' however, she soon comes across a real-life one in the form of the new forest warden, who is unnamed in book and film but whom Dulcima inevitably thinks of as 'Albert'.  After an awkward first meeting - he mistakes her for Mrs Parker - she soon finds herself looking out for him, and when she goes to town to spend the money she has taken from Parker, having found it all kept in the loft, she spots 'Albert' about to get on the bus: 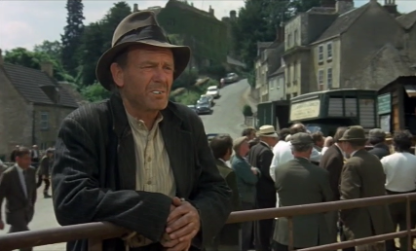 Parker - incidentally, brilliantly played by Mills as he moved into the final stage of his illustrious career, he in fact won an Oscar the previous year for his role as Michael in David Lean's Ryan's Daughter  - is certainly jealous of 'Albert', even before he stops being a pure figment of Dulcima's imagination and takes shape as the forest warden, and plans to marry Dulcima to ensure that their cosy, domesticated relationship can last for ever.  Dulcima though has other ideas, and now tries to stall Parker as long as she can, as he becomes more and more impatient.  Matters come to a head one evening when Parker, having decided on impulse to force the issue by buying Dulcima a wedding dress - although his miser instincts get the better of him when he is told it costs £18, he replies "£18! I aint' trying to buy the bloody shop1" - and planning an evening out with her, she comes up with the excuse of having to go and see her mother.  Parker finally becomes suspicious, and follows her, as she meets up with 'Albert'.  Not realising that she has been found out, Dulcima returns to find Parker in a brooding and bitter mood: 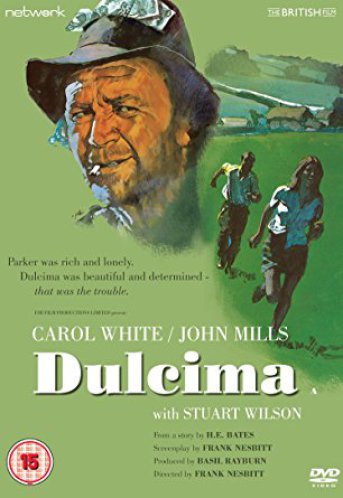 Up until now the tone had been light, although it was obvious that their relationship could not continue indefinitely.  Whilst I won't give away the ending (and I didn't know what was going to happen, as I read the book after watching the film) I had a feeling that all was not going to end well, but it still came as a shock to me.  Stuart Wilson's warden is rather vacant and anodyne, but Mills and White enjoy the limelilght, and the film is a reminder of the latter's talent in her all-too-brief career, and I only know of two other fim roles after Dulcima, Made the following year (which I haven't seen, it's hard to get hold of) and 1977's The Squeeze, which contains an uncomfortable scene with her.

The British film industry fell apart in the 1970s, but there are a few gems hidden amongst the ruins, and Dulcima is certainly one of them.  It's now available on DVD from networkonair for around £7, and the Penguin book can be bought from abebooks.co.uk for less than £3.