60s British films are increasingly available on DVD, and it was fascinating to note, when re-reading Robert Murphy's 'British Sixties Cinema' recently, that he had been unable to see two films - A Place to Go and The Small World of Sammy Lee - which are both now freely available on DVD (I have both of them). In that spirit here is a round up of some of the more interesting releases and the companies involved, with the page having been last updated in April 2022.

Renown films have issued a lot of DVDs, particularly B-movie crime films, at their website www.renownfilms.co.uk, and if you join their film club (free to join) you they sometimes have 5 DVDs for £20, working out at £4 a DVD.  As some of them are double bills, this works out at only £2 a film, which is excellent value. Here are some of the films I've bought from them:

Renown seem to have a 'sister' outlet (not sure of the exact relationship) which is Talking Pictures TV, on Sky TV channel 328, with the schedules now in the Radio Times and they can also be be seen on their website at http://talkingpicturestv.co.uk/schedule/

Most of the British films they show are obviously ones from their DVD list, although at around the same time, maybe as a direct response, Movies4Men are showing a lot of such films at the time of writing late at night, such as Serena, Impact and Blind Spot.

Renown also do some very good collections, for example there are now [April 2022] up to nine collections of crime films, many from the laste 50s/early 60s, as shown below:

Network on Air, in my view, have established themselves over the last couple of years as the main place to go for British films, here's the link to their website:   http://networkonair.com/

I've now bought a lot of DVDs from them, particularly as they often have big sales, with DVDs like the ones below going at around £4 or so.

Odeon Entertainment have issued a large number of more obscure British films, some under their 'Best of British' banner, along with quite a few 'double bill' editions of 'B' films.  Unfortunately they now seem to have gone out of business (their prices were a bit steep which might explain why) but you can still find them kicking around on ebay etc.  I have some, but not all, of the DVDs pictured; I can particularly recommend the double bills of The Painted Smile/Rag Doll and Jungle Street/A Matter of Choice, as well as the excellent and little-seen Saturday Night Out with Colin Campbell, Francesca Annis and Bernard Lee. 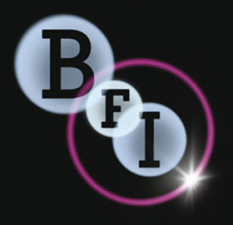 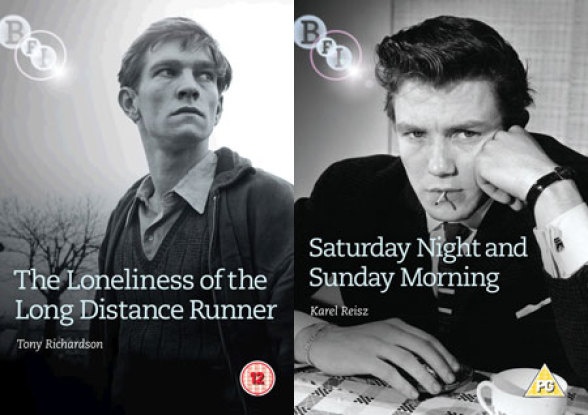 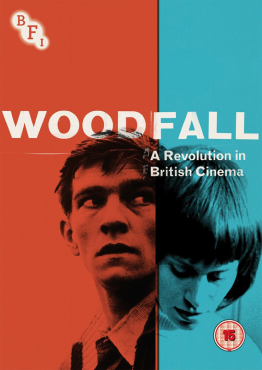 Back in May 2018 I got my pre-release DVD copy of a BFI release, 'Woodfall: a revolution in British cinema' which is available in DVD or Blu-Ray, which has 8 films - Look Back in Anger, The Entertainer, Saturday Night and Sunday Morning, A Taste of Honey, The Loneliness of the Long Distance Runner, Tom Jones, The Girl with Green Eyes and The Knack - released between 1959 and 1965.  Now ordinarily this is excellent value (I got a discount as I was at the Renown festival that year) but I already have 4 of those films, so had to weigh up whether I could justify buying them again, but you only live once, and I was promised that there were 'lots' of extras, so what the hell.  I've also managed to not see Tom Jones, so looking forward to that one.  Order through the BFI shop. 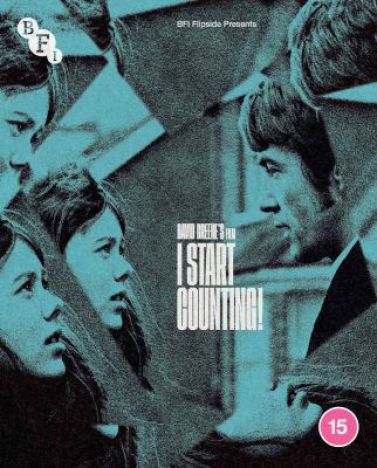 BFI have also brought out a number of lesser-known films in their 'Flipside' series﻿, many of them in dual format DVD and Blu-Ray with excellent pamphlets to provide a background to the films.  I certainly recommend The Party's Over, Bronco Bullfrog, Deep End and the often-overlooked The Pleasure Girls, and I've now written about most of these on the 'unsung films' section of this site.

Having just looked [April 2022} to see what's new - https://shop.bfi.org.uk/dvd-blu-ray/bfi-dvd-blu-ray/bfi-flipside.html - the more recent releases, disappointingly, seem to focus on films already released elsewhere, like Cosh Boy and Expresso Bongo, although I'm quite excited to see they've now got I Start Counting (above) with Jenny Agutter; at £12.99 it's a bit much but it is Father's Day soon...

Paul Canty, who contacted me via this site, has put me on to a company that deal in hard-to-get DVDs, stojo (www.stojo.com).  I bought The Strange Affair from them (only £3.99 plus P&P) which plays OK but is of poor quality, so I pondered whether to get any more, but they do a deal whereby if you buy £32 or more the p&p is free, so I bought 9 films in one go, followed by another 9.   I haven't bought any more from them since (Aug 2014) as I can now get hard-to-get films mainly from myrarefilms (see below), but I've just checked [April 2022] and the website is still up and running. 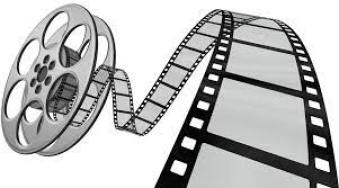 Three other sites spring to mind:

I've bought quite a few DVDs over the years from myrarefilms, they're £4 each but they used to do deals on 5 films, not clear if they still do.  I also like that they have different sections, so you can just browse for British 50s films, or US 30s films and so on, as well as by genre.  They also rank the quality of the film (I mean its picture quality, not whether it's any good or not!) so you know what you're getting in advance.  My only moan with the site is its insistence on putting a superfluous apostrophe in 50s, 60s etc but way of the world these days.

Old rare films' DVDs are only £2, but postage is also £2 (regardless of how many films you order) so best to order more films in one go rather than keep going back and paying the postage over again.  You can search by genre but not nationality.

There's also Film Jems, same price and deal as Old Rare films (DVDs £2 each, postage £2 per order, not per film), again you can search by genre or by decade, I assume it's a US site as rather quaintly you can search for 'English films' (wonder what Bill Forsyth would say to that).

If anyone knows of any other good ones let me know via the 'Contacts' page, still looking for a half decent copy of The Strange Affair or any kind of copy of Murder in Reverse.   One day...