THE SMITHS AND SIXTIES FILM CULTURE

The Smiths are possibly my favourite band, and one of the things that I, and many others, love about them, and Morrissey in particular, is their love of cultural icons that lie outside of the narrow world of indie rock.  Their single and album covers, for example, consistently referenced literary and cinematic figures; here is a selection of some of them that related to 60s films. Click on the covers to run the slideshow: 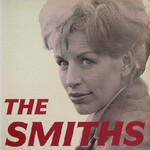 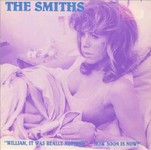 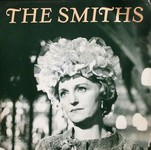 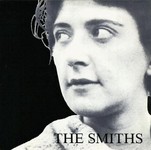 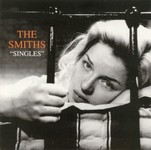 There's an excellent article by Ashley Norris - we are both members of the Facebook group 'British kitchen sink films and other British 50s/60s gems', which I thoroughly recommend - on The Smiths' singles covers here:  https://popjunkielondon.wordpress.com/2017/08/17/the-50s60s-british-films-that-inspired-the-smiths-record-sleeves/

"I've never made any secret of the fact that at least 50 per cent of my reason for writing can be blamed on Shelagh Delaney."

The inflluence of Delaney, and other 60s writings and films, was expressly acknowledged by Morrissey in 'The South Bank Show' from 1987; the first 5 minutes of the clip below feature Morrissey discussing A Taste of Honey and Saturday Night and Sunday Morning, thanks to vivahate33 for uploading:

A Taste of Honey 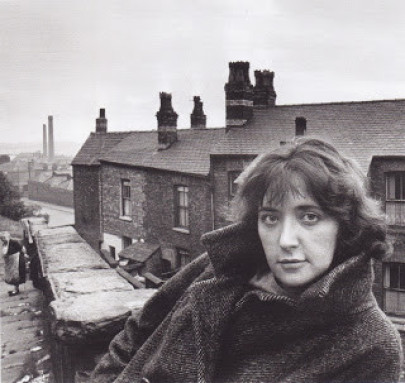 The quote above on Shelagh Delaney comes from an NME interview published on 07 June 1986, and she features on the cover of the compilation album 'Louder than Bombs' and the 'Girlfriend in a Coma' single.  Morrissey of course famously references some of the lines from Delaney's work, mainly 'A Taste of Honey', although he has been known to use lines from 'The Lion in Love', Delaney's 1960 play which has, amongst others, the line:

'So rattle her bones all over the stones, she's only a beggar-man whom nobody owns' that Morrissey used in 'The Hand that Rocks the Cradle'.

Perhaps the best-known example is to be found in 'Reel Around the Fountain', with the 'I dreamt about you last night - fell out of bed twice!' line.  Thanks to Simon Desser for getting this clip on YouTube:

There are many other lines in 'A Taste of Honey' which Morrissey used in a number of songs, although principally in 'This night has opened my eyes', particularly  "The dream has gone, but the baby is real", "In a river the colour of lead", "I'm not sorry and I'm not glad" and "As merry as the day is long", so much so in fact that many have suggested that the whole song was inspired by the play and then film.  This is explicitly suggested by The Bullen who has put this marriage of song and film together on Youtube (thanks to him/her) -   excellent.

I came across a video suggesting - which had never occurred to me - that the song 'London' directly refers to, and is based on, Billy Liar, but unfortunately as of now (Oct 2018) the video is no longer available.  One site - http://www.moviestack.com/posts/19593-billy-liar--the-smiths - also mentions that 'William, it was really nothing' is also based on Billy Liar, which sounds plausible, and refers to a couple of lines in the film that Morrissey uses in songs such as 'Vicar in a Tutu' and 'The Queen is Dead'. 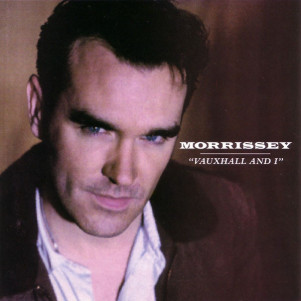 Morrissey continued his fascination with this era of film-making on (for me) his best solo album 'Vauxhall and I' (a title which of course immediately reminds one of Withnail and I) when he used parts of the soundtrack of an early Free Cinema documentary by Karel Reisz, We are the Lambeth Boys, as a background for 'Spring-heeled Jim'.  I never knew where this came from until I watched the documentary when it came as an extra on a Saturday Night and Sunday Morning DVD (see the 'Recommended DVDs' page) and I had what I call a 'St Etienne moment' - when you recognise where an audio clip has come from.  This short clip should provide a start of recognition for some:

Another reference I remember, from a slightly more unexpected source, comes from the title of a song on Morrissey's debut solo album 'Viva Hate' - 'Late Night, Maudlin Street'.  The street name comes from the Maudlin Street school in Carry On Teacher.   If anyone knows of any more such references I'd like to hear about them.

Having just written a page on The L- Shaped Room in the 'book to film' section, I thought I ought to include the following, as famously Morrissey used the song from the Christmas party scene from that film for the start of 'The Queen is Dead'; thanks to barthesian for this video:

I love the way the doctor has a fag as he enters the operating theatre and, after putting it to one side, has a drag again as he leaves; sod H&S, those were the days hey?

It's just been pointed out today (06 Oct 2018) by Ashley Norris (see mention of his page on the Smiths single covers above) that the line "Do you have a vacancy for a back scrubber?" in Half a Person is probably influenced by a line in a short scene from the 1966 favourite The Family Way; judge for yourself here (my first attempt at overlaying music on a film clip, so don't be too harsh).

The video for 'Girlfriend in a Coma' features The Leather Boys (1963) as a backdrop. When I ran a quiz in Abu Dhabi at The Rabbit Hutch, the British Embassy club there, I did a round on pop videos (name the video from the clip, run without sound) and I put this on and gave a bonus point if anyone could name the film featured in the video.  Only one person got it that night, so an honourable mention to Mr Carruthers - shame he just didn't get the name of the song right!

Update Sep 2017:  Alexandmira have/has uploaded their own unofficial video to Morrissey's new single 'Spent the day in bed', due for release in a few weeks I think.  I thought at first it was Morrissey's new video, but it was not to be, but anyone who puts a Rita Tushingham film - in this case 'Girl with Green Eyes' - to Morrissey's music is A1 in my book, so thanks to Alexandmira for this:'

I must just mention (April 2019) Alf Button's Revenge, and his range of 60s' film posters with  Smiths' song titles in place of the film title, these are prints for sale, here is a brief selection of the posters:

All very cleverly done, the full range can be seen here:  https://www.etsy.com/uk/shop/AlfButtonsRevenge/items?section_id=25796732