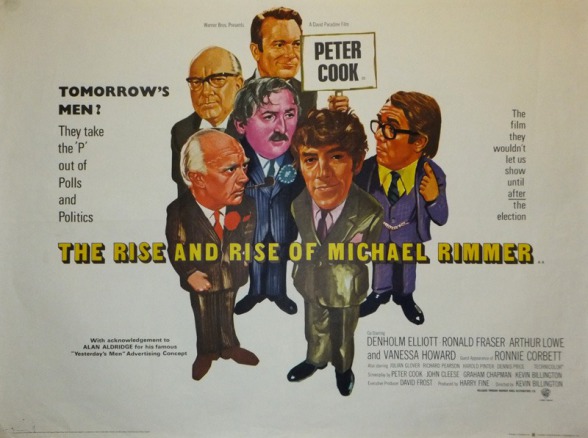 This 1969 satire (its release postponed until after the June 1970 elections) has fallen from favour, and is little heard of or spoken about these days, which is odd given that its cast is a stellar one and its approach very modern, indeed it is remarkably prescient in the way it present politics as almost an offshoot of advertising.  Written by Peter Cook, John Cleese, Graham Chapman and Michael Billington (who also directed), it stars Peter Cook as the titular character, who appears from out of nowhere to take over a moribund advertising firm, being wonderfully mismanaged by Arthur Lowe as Ferret, who seems distracted by his secretary Tanya (Valerie Leon) and the cricket.  This whole first sequence is worth showing in its entirety (15 minutes or so) as some would argue that it should have stopped there as a neat little satire.  This clip also features Dennis Price as Fairburn, the owner of the company, Cleese, Chapman, Dudley Foster and James Cossins: 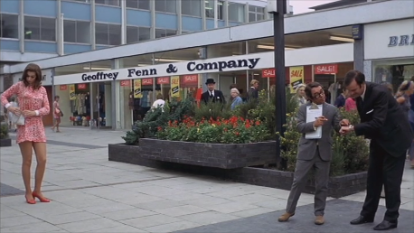 The Buddhist stronghold of Nuneaton

Having taken over Fairburn's company (with his acquiescence) Rimmer then proceeds to push the boundaries of acceptable polling tactics, scuppering a rival company's survey on religious attitudes in an amusing sequence with Ronnie Corbett (although a number of opportunites are missed in the Nuneaton section).  Rimmer knows that TV is the medium he must conquer to have any impact, and the cameos and supporting roles come thick and fast - Harold Pinter as a TV presenter, Denholm Elliott as Rimmer's right hand man poached from a rival polling organisation, Diana Coupland as a randy housewife and Michael Bates as her pompous husband; although my favourite line in this section is from one of the vox ops, when a vicar, discussing the strange propensity for Nuneaton residents to be Buddhists, says:

"It's possible to approach God in a great many different ways - but there's no need to be silly about it!" 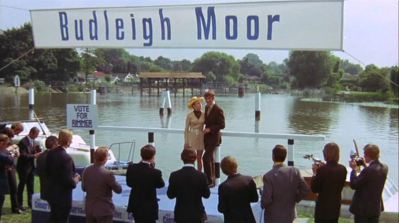 Rimmer then turns his attentions to politics, and the film becomes remarkably prophetic about how images and the manipulation of those images, particularly for TV, take over from the content of the message being conveyed.  Lending his services to the leader of the Tory opposition, Tom Hutchinson (Ronald Fraser), he becomes an MP himself in the impending General Election for the consistituency of Budleigh Moor (a thinly-disguised 'in-joke' referring to long term comedy partner Dudley Moore, who surprisingly does not appear in the film) along with his trophy wife Pat (Vanessa Howard), whom he has only married as polls said she was the second most popular woman in the country (after the Queen, naturally) as a showjumper.

This section of the film has some very well-aimed satirical jibes at contemporary events and persons, with a school for 'rent-a-mob' revolutionaries run by a character that I assume is meant to be Tariq Ali, but the best scenes are reserved for a pop at Enoch Powell (whose 'Rivers of Blood' speech had caused such controversy only a year before the film was made) as Roland Culver, playing a retiring MP, sparks outrage and the shadow Home Secretary (played by Richard Pearson) finds himself on the receiving end of a racially motivated attack: 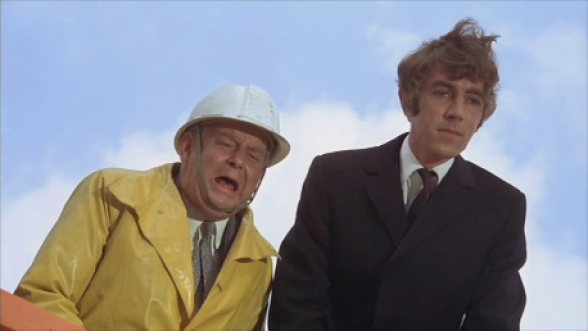 The idea starts to become very stretched towards the end, and an unnecessary and implausible sequence involving Julian Glover as an army officer sending troops to Switzerland to steal some gold doesn't help, and adds on about 15 minutes which should have been left on the cutting room floor.  But the film's last really good idea has Rimmer, now Prime Minister, inundating the electorate with referendums on every conceivable issue in order to stoke up resentment and protest at the very idea of participative democracy, which he hopes will lead to him installing himself as President/dictator by popular mandate: 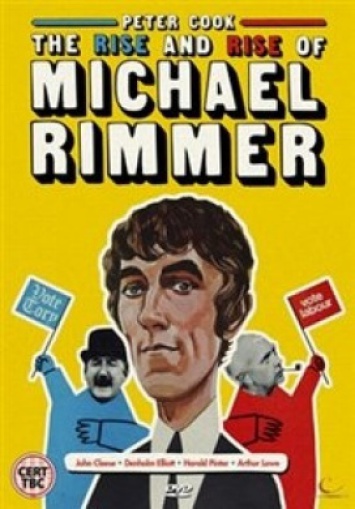 The film was released on DVD in 2007, prompting at least one hostile review in The Guardian, describing the film as a 'turkey' whilst perversely highlighting its relevance to today.  The reviewer, William Cook, focused on Peter Cook's performance, which indeed is rather wooden and uninspiring (and Cook himself has acknowledged his deficiences as an actor, as opposed to a comic performer). Yet the strength of the film lies in the script and in the actors involved (I haven't mentioned George A. Cooper as the Labour Prime Minister, who seems to bear a mild resemblance to Harold Wilson for some reason, easily persuadable to appear on TV several times a day to spout meaningless homilies).

I bought my own copy in a mini-box set with Sir Henry at Rawlinson's End and Futtock's End (with Ronnie Barker) but you can buy the fim on its own for less than £4 on sites such as play.com.  The whole film is available in about 8 sections on youtube so you can judge for yourself whether it "quickly goes overboard and is only occasionally funny" (Halliwell's), is "a prize turkey" (The Guardian) or a "patchy political satire [with] several scathing swipes at the British character and the nature of power" (Radio Times Film Guide).