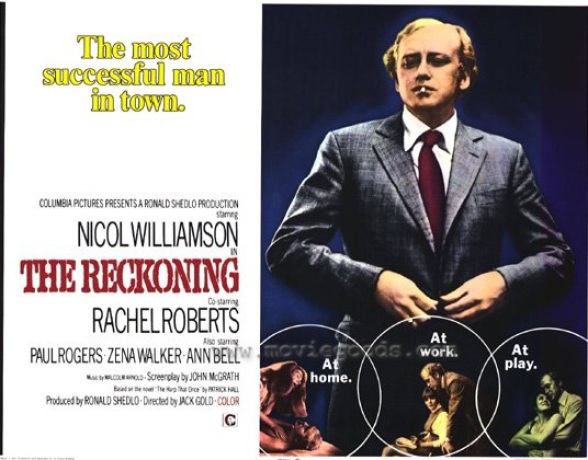 I saw The Reckoning a very long time ago, and I'm pretty sure it's never been on TV in the last 25 years or so, and you can't get it on DVD.  I bought it from stojo.com recently, and it was as powerful as I remembered it.  To be honest, all I could remember about it was that it starred Nicol Williamson (who I've never really seen in anything else) and that he was a Irishman from Liverpool who worked in some flash job in London, and had to go back to Liverpool for revenge.

This turns out to be pretty much spot on - but read like that it really sounds like Get Carter, and in fact it is very similar to that film, only made a couple of years earlier. 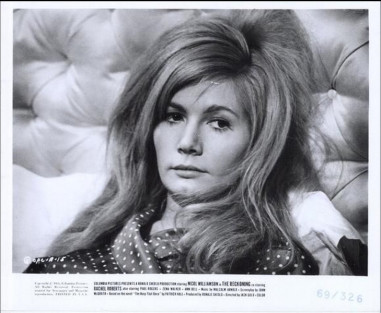 Williamson plays Michael Marler, a successful sales executive whom we first see returning in a flash car to his flash home with his wife Rosemary (Ann Bell, right) after they have clearly been to some upmarket party.  The class differences between the two are neatly set out - he starts cooking bacon, and asks what it was that they were given to eat earlier (partridge? pheasant?) disparagingly:  "Does anyone really like that kind of muck?"  He is clearly of Irish descent - Rosemary refers to him as "Paddywhack" and when they have an argument - which is clearly an hourly, never mind daily, occurrence - she refers to him to him as a "stupid, drunken, Irish peasant" (admittedly before they have what I believe is referred to as "a steamy sex session"). 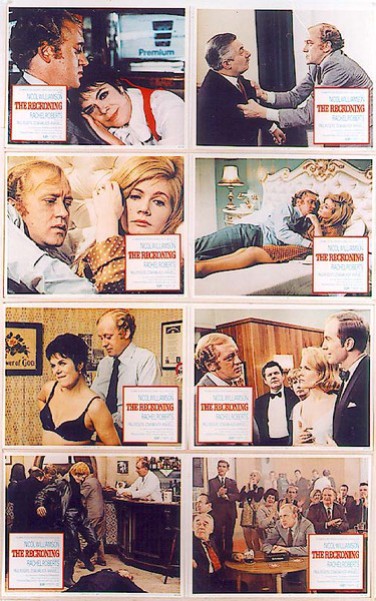 The next section of the film is like something out of The Brothers (anyone remember that?) - Marler, after driving like a maniac to get to work, is involved in some high-powered struggle at his company involving undermining his boss, Hazlitt.  These were obviously the days when secretaries were there simply to make the tea and give their (male) bosses aspirins (Marler's secretary, Joan, is played by Barbara Ewing, whom I remember from the TV comedy 'Brass' - very underrated progamme I think).

But the tone of the film changes when he gets a message from his wife that his father has been taken ill, and after providing his boss with the necessary evidence to use at the board meeting that afternoon he leaves in a hurry (no evidence is provided that he can drive any other way) for Liverpool:

Now the similarities to Get Carter start to become more evident; Williamson vaguely resembles Caine, and he seems like a fish out of water as he returns to his poor, working-class, Catholic Liverpool roots.  Neither the priest nor the doctor (played by Godfrey Quigely, who is also in Get Carter as Frank's friend Eddie, although I remember him well as the prison priest in A Clockwork Orange) seem interested.

Like Carter, he starts making enquiries, and gets the full story from Cocky Burke (a typically authentic performance from J.G. Devlin), that his father suffered his injuries as a result of a kicking by some yobboes, but Cocky is very unwilling to get involved with the "English po-leece", saying "if anything's going to be done, Mick, it won't be the English po-leece that'll be doing it" (this scene reminds me somewhat of Wilfred Brambell in A Hard Day's Night, railing against the brutality of the police when with Ringo in the police station - indeed, just to go off message for a moment, they were of course together in the Steptoe and Son episode 'The Desperate Hours')

Again, like Carter, he meets up with a sexually agressive woman, one Joyce Eglington (Rachel Roberts), the doctor's receptionist, before bedding her almost instantly (mind you, her introduction is "I'm Mrs Eglington, but don't let that bother you").

He now has revenge on his mind, but has to return to London first to oversee the boardroom battles at his company. Perhaps inpsired by Cocky Burke's republican sentiments, he gatecrashes his own party back in Virginia Water, where his background clashes violently with the social circles he now moves in, as can be seen in this scene:

This song is 'Kevin Barry', an IRA member who was hanged by the British in 1920 (I must admit to not knowing this, just done a bit of research).  Here are the lyrics c/o wikipedia (there are different versions)

In Mountjoy jail one Monday morning
High upon the gallows tree,
Kevin Barry gave his young life
For the cause of liberty.
Just a lad of eighteen summers,
Still there's no one can deny,
As he walked to death that morning,
He proudly held his head on high.

Just before he faced the hangman,
In his dreary prison cell,
British soldiers tortured Barry,
Just because he would not tell.
The names of his brave comrades,
And other things they wished to know.
Turn informer or we'll kill you
Kevin Barry answered "No".

Proudly standing to attention
While he bade his last farewell
To his broken hearted mother
Whose grief no one can tell.
For the cause he proudly cherished
This sad parting had to be
Then to death walked softly smiling
That old Ireland might be free.

Another martyr for old Ireland,
Another murder for the crown,
Whose brutal laws may kill the Irish,
But can't keep their spirit down.
Lads like Barry are no cowards.
From the foe they will not fly.
Lads like Barry will free Ireland,
For her sake they'll live and die.﻿ 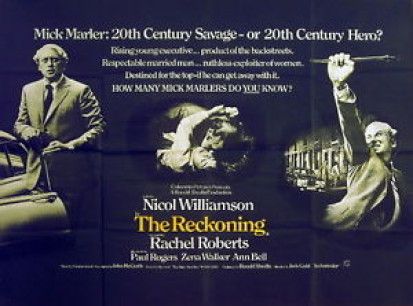 Marler is looking for revenge on behalf of his father, as well as manouvering to carve out a position for himself in his company - and shows himself to be a pretty unpleasant character as he does so (again, similar to Carter).  In particular his attitude to the women that he (ab)uses - Rachel Roberts certainly, but particularly Zena Walker as his boss's secretary, whom he betrays in an especially unattractive manner -  makes one rather uncomfortable, and makes it difficult to sympathise with him - but Williamson pulls it off.

I would have said that you would have a job to watch this film, but thanks to oldgit206 you can watch the whole film in 8 parts on youtube, in unusually (for youtube) good quality (just type in 'The Reckoning (1969)' and it's all there).

It's a shame that Williamson appeared in so few films, and isn't better known for his film work, and it is a mystery to me why this film is not shown more often or is not better known - but then that's the whole point of these pages I suppose - hopefully to get more people to watch them.  Enjoy.