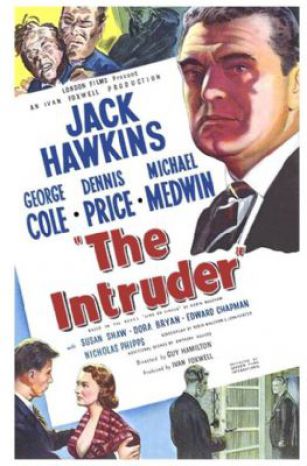 The Intruder, directed by Guy Hamilton in 1953, is what might be called (and indeed has been called) a post-war adjustment film; its story is one which looks at how one man, 'Ginger' Edwards (Michael Medwin) has turned from a loyal, brave and honest soldier into a thief on the run.

Jack Hawkins plays Colonel Wolf (?) Merton, a benign cousin of the embittered Lt Colonel Norman Hyde that Hawkins played in The League of Gentlemen seven years later; as the film opens we see him, the epitome of well-to-do middle-class complacency and comfort, as he plays a round of golf with one of his stockbroker friends.  One of his drives goes wildly off course, and he runs into a couple of workers sorting out old tanks for scrap, and he mentions that he spent the war as part of a tank regiment.  That evening, as he returns home, he comes across a burglar in his house; as startled as they are to see each other, they are both even more suprised when they recognise each other as Colonel and Private from the same regiment in the war.  Here's the scene,  but with the first flashback sequence omitted: 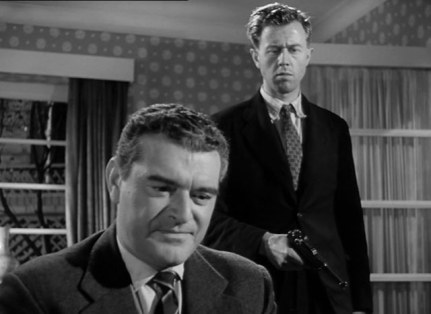 The first flashback sequence, which I have cut out of the clip above, shows how Ginger and John Summers (George Cole) save the group by radioing for help from a tank stuck out in the middle of a barrage.  Back in the present, Merton wants to find out the answer to his question - what has turned a thoroughly decent chap (I think that's how they talked in the 50s, certainly in films) like Ginger into a burglar who is quite willing to wave guns at those who catch him in the act?

Merton therefore decides to hunt down the others in the squad - is it a regiment?  a squadron?  a group? No idea, I've never understood military terms and ranks, which is one of the reasons I couldn't get into Evelyn Waugh's wartime trilogy, and struggled with three of the books of Anthony Powell's superb 'A Dance ot the Music of Time' series, as I never knew who was in charge of whom most of the time - especially as Ginger has admitted that he had kept in touch with one of the old group.  (It is slightly strange that Merton, who places such value on his wartime experiences and the comaradeship that was such an important part of it, has not kept in touch with anyone nor seemingly made any effort to do so). 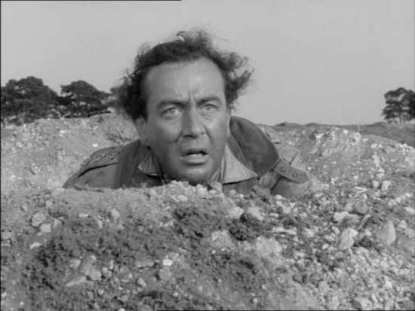 The film now settles down into a fairly obvious path, as Merton meets up with the old crew that we saw in the first flashback to see if they have been in touch with Ginger, each having his own story told in flashback.  Merton starts with Summers, who is forced into admitting that he is sheltering Ginger, but before they can explain Merton's altruistic motives Ginger gets the wrong idea and is gone before Merton and Summers can speak to him.  Summers' own recall of events during the war throws more light on the role and character of the next person on the list, Capt Leonard Pirry (Dennis Price, above) who has already been shown to be out of step with Merton's honest soldiering, and Summers' flashback shows him to be overbearing, snobbish and officious.  It therefore seems a bit strange that Merton chooses to see Pirry next - in reality he would already know that Pirry would not have kept in touch with Ginger, but the plot requires Pirry's story to be told (unsurprisingly his story, told this time by Merton as he daydreams whilst waiting to see Pirry in his office at work, shows that Pirry was a coward who abandoned his men to their fate whilst looking after himself) as Merton's visit backfires on him.  Pirry is not only unable and unwilling to help, he believes that Merton should have reported the burglary and rings the police after Merton has left. 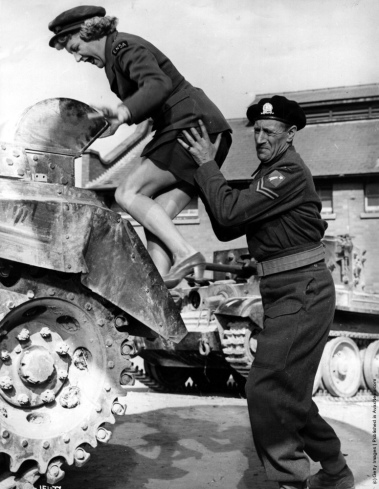 If we had wondered why Merton didn't just find out where Ginger lived, or why he (Ginger) was hiding out with Summers and others, it becomes clearer as the police, in the form of Inspector Williams (Patrick Barr) become interested and start trailing Merton - Ginger has just escaped from prison and was on the run anyway, hence his general air of desperation at the start.

Before Merton closes in on his target though, he looks up Bertram Slake (great name) played by Arthur Howard, who was never a member of Merton's tank crew but got caught up with them by chance.  Now headmaster of a boys school, Slake's story is really just padding, in what is already a short film (! hour 20 mins) but it provides some comic relief as Slake allows the doubtful charms of Dora Bee (Dora Bryan) to lead him into temptation when she gets him to show her the inside of a tank.  I think the inside of a tank would be one of the last places I'd want to get stuck with Dora Bryan, particularly with that high-pitched squeal of a voice, although Ginger fares far better with the very attractive Gene Anderson, who plays Dora's friend.

Finally Merton meets up with Don Cope (Duncan Lamont, not an actor I know), and it turns out that it is Cope that Ginger was referring to, not Summers as Merton had thought, whom he has kept in touch with.  Cope is able to tell Ginger's story of how things went wrong for him, straight from his first day at home after demob, as this clip, featuring Edward Chapman as Ginger's uncle, along with Susan Shaw and Harold Lang, shows: 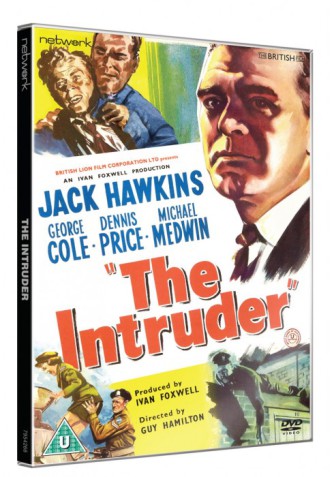 The scene is then set for the final showdown between Merton and Ginger, but can the commonsense figure of Jack Hawkins get through to a man embittered by his experiences? And will the police get to Ginger first anyway?

The film does try and have its cake and eat it, in the sense that it is not a war film but has extensive scenes of the war or army life in a time of war, but it's also partly a 'man on the run' film, particularly in the final sequence.  A short film, and slightly padded out as mentioned above, it's still enjoyable for the performances of Hawkins and Medwin, with old hands Cole and Price as well, although I did enjoy Arthur Howard's section, even though it is irrelevant to the story (or perhaps because it's irrelevant).

It was released on DVD last month by Newtork on air for £7, here's their link: