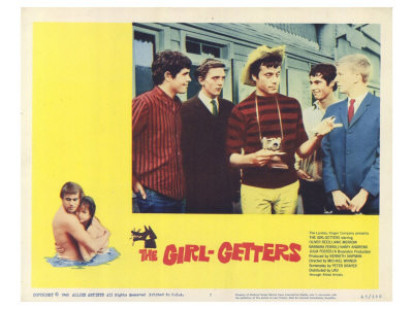 Whilst researching the film for this page, I found that it is also known as The Girl-Getters, hence the poster on the right (couldn't find one on the web that said The System!).  The System is an earlyish film from the late Michael Winner, starring Oliver Reed (who went on to feature in many a Winner film), ably supported by such stalwarts as Ann Lynn, Julia Foster, Andrew Ray, John Alderton (of 'Please Sir!' fame), Barbara Ferris and Harry Andrew, amongst others.  Reed plays opposite Jane Merrow, an actress I know nothing about (and have never seen in any other film).

The scenario is a strange one - a group of young 20 somethings in a seaside town (Roxham, actually Torbay) get together during the summer season to 'catch' young women coming down on holiday, and have a system to ensure 'fair pickings' for all; they have to make the most of the holiday season while it lasts.  Here's the opening credits, showing how 'the system' operates: 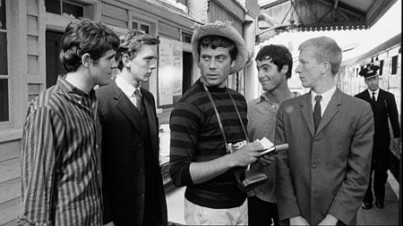 Reed plays 'Tinker' Taylor, the leader of the group and a photographer (holiday snaps) which helps him meet the women that they prey on during the holiday season.  Reed was in an eariler film, The Damned, with a vaguely similar feel (Reed leading a group of young men in a South Coast seaside town, I think Weymouth that time) but this is more light-hearted overall, although the film becomes more melancholic as it develops, and it never gives the impression that this is a golden summer with no responsibilities attached.  Each member of the group has a job and there are a number of references to the long winter months, and how bleak the town and indeed the group members' prospects are in the closed season.  In this sequence Tinker himself has to answer to his boss (Harry Andrews) and is conscious of his own vulnerability in the marketplace, as he confronts an out-of-town photographer trying to muscle in on his pitch: 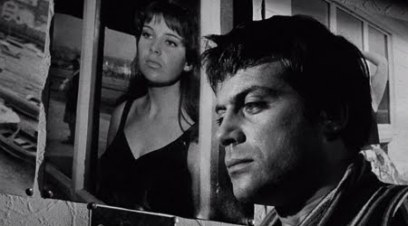 The film's main narrative focus is on Tinker's pursuit of Nicola (Jane Merrow), whom we met at the start of the film getting off the train, a relationship which for once causes him to reassess his values, although he still has time to seduce ingenue Lorna (Julia Foster) in heartless fashion.  Having chosen Nicola as his target for the week, he meets up with her for an idyllic day on a deserted beach, but she moves in very different circles to him, as is evident when he is invited over to her house by her father (Guy Doleman) and can't resist deliberately antagonising her friends, as can be seen in this scene: 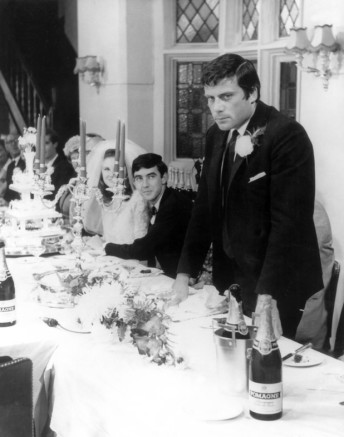 Tinker is not the only one wondering about the future; one of the gang, Mitch (John Alderton, in pre-Please Sir! days) is getting married, and Tinker agrees to being best man.  After getting drunk at the ceremony, he falls into self-pitying mood and seeks solace with Ella (Ann Lynn, whose presence in the film is very welcome, although she is very underused) whilst Suzy (Barbara Ferris), who always gives as good as she gets in exchanges with Tinker - when he says that he has a heart of gold, she replies "Darling, if you had a heart of gold you'd have sold it years ago" -  gets very drunk in the Fellini-esque scene at the wedding procession on the beach on the Saturday night and sums it all up:  "It's all sex isn't it?  Every man I've ever known, just sex.  I don't think I could stand another summer."  Tinker, meanwhile, has a showdown with Nicola, where he needs to decide what to do, stay or go? 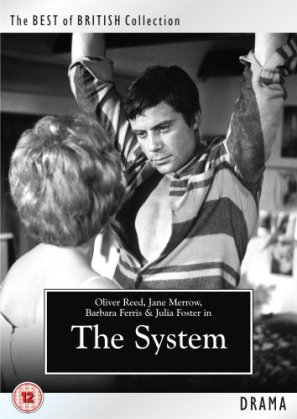 The DVD is available in the 'Best of British' collection from Odeon Entertainment - it seems to be hard to get for under £9, although I got it for much less when I bought it a few years ago - perhaps best to wait until the prce comes down again.  Although there are no extras on the DVD itself, it comes with an informative booklet on its production by Steve Chibnall (again!).

The film also has a couple of good tracks on it, including the tile track; in fact you can hear one of the songs being played by a band in the scene from the film above (ie it's diegetic - or is it non-diegetic?  I can never remember, let's just say it's part of the film rather than music from 'without'.)

Thoroughly recommended, memories of a time when Michael Winner was a good director and Oliver Reed was a VERY good actor.