No, not that Sammy Lee, the diminutive midfield dynamo who played for Liverpoool in the 1980s, although that was the person I first thought of when I heard about this film.

I first heard it talked about when I was reading an interview with Mike Hodges, the director of Get Carter, in 'British Crime Cinema', a book edited by Steve Chibnall and Robert Murphy.  Hodges is asked what films influenced him, and he mentions Brighton Rock and then "another film that seems to have got slightly lost down the line, The Small World of Sammy Lee with Anthony Newley.  I've only seen it once but I remembered it and I remember being impressed by it and, indeed, when I was asked to make Carter, I sought out the cameraman, Wolfgang Suschitsky who had shot that film in black and white and I thought he was the only person I would want for my film". 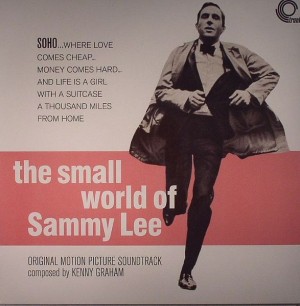 I finally managed to see the film as it was released with others such as Pool of London, The Yellow Balloon and Sparrows can't Sing in 'The London Collection' DVD box set (see bottom of page).  To my knowledge it has not been released in its own right. As far as I'm aware it's never been on TV, no idea why not.

I knew I was going to like the film right from the beautiful opening sequence, with the camera panning along the streets of Soho in the early morning, accompanied by Kenny Graham's mournful and haunting score: 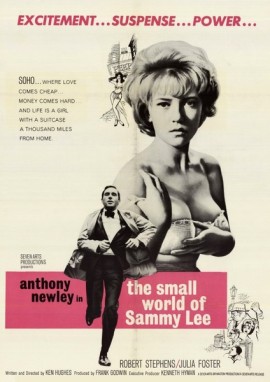 This poster rather highlights Julia Foster's attributes, as the film is, like Expresso Bongo before it, set in a seedy striptease club in early 60s Soho.

I can't think of a film quite like it - it really captures the seedy side of Soho which I guess was just starting then.  Julia Foster plays Patsy, who comes down from Bradford to see Sammy Lee, played by Anthony Newley, whom she had a brief fling with about 6 months ago.  He has told her that he runs a club, when in fact he is the compere in a tatty striptease revue.  Our first view of Sammy is of him losing money in a poker game (I've never been sure if he's just a rotten card player or whether the game was fixed) and it's made clear that he now owes Connor, a local gangster, £300.  We see one of his previous non-payers, Barney Thompson, badly scarred on the cheek by a knife so we know that Sammy is in serious trouble, more so when he has only 5 hours to raise the money.

The rest of the film shows Sammy in a desperate race against time to raise the cash before Connor's two thugs do to Sammy what they did to Barney Thompson. In true wheeler dealer fashion that would make Del Boy proud, Sammy attempts to raise the cash, ably assisted by Wilfred Brambell as Harry, his sidekick at the strip club, although he is interrupted by his job at the club, Robert Stephens as his boss there, Julia Foster's clinging would-be girlfriend (it is clear that Sammy hardly even remembers her), Warren Mitchell and Miriam Karlin as his brother and sister-in-law, and Toni Palmer as Joanie, a rather sexy ( well I think so!) brass who lives in the flat down the landing from Sammy. Along the way he meets a wide variety of Soho characters, inlcuding Roy Kinnear, Derek Nimmo, Alfred Burke and Harry Baird (who I remember playing Johnnie Fiddle in Sapphire a few years earlier), the latter four feature in this clip showing some of Sammy's wheeler dealer style:

There are numerous excellent 'then and now' shots of the various Soho locations on the website at http://www.reelstreets.com/index.php?option=com_films_online&task=view&id=920&film_ref=small_world_of_sammy_lee%2C_the&Itemid=3﻿﻿ - becoming absolutely invaluable, that website. Check it out, as they say in the films. 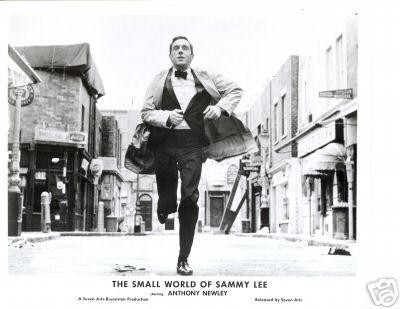 Anthony Newley as Sammy Lee - on the run 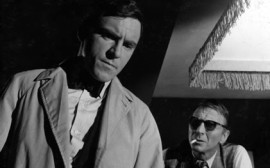 I don't know why the film isn't more widely known, although maybe it's because Newley wasn't a big star, but it certainly anticipates TV programmes like The Sweeney in its seedy milieu of strip clubs, billiard halls, smoky jazz clubs, East End markets and so forth. I can see why Mike Hodges liked it and why he wanted Suschitsky as his photographer.

The end of the film is fascinating as it has a kind of reverse ending to Billy Liar - instead of Billy Fisher in Bradford missing the train to London whilst Julie Christie goes on to fame and fortune, in The Small World of Sammy Lee Sammy puts Patsy straight back on the coach to Bradford, deliberately missing it himself and staying to face his debtors with stoic courage, as seen in this clip: 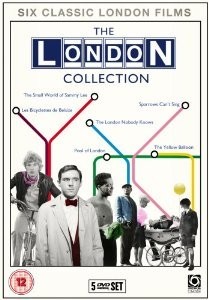 There is comedy in TSWOSL (although it doesn't come from Sammy's dreadful compere 'jokes') but there is an overall sadness and melancholy to the film - we know Sammy is a nobody and a loser, but there is something heroic in his attempts to pay back the money that means our sympathies are with him (although he loses much of this sympathy in the way he treats Patsy).

Not so much an underrated film as an unknown one - I showed it to my film club in Abu Dhabi as an 'alternative' 60s film, and it went down very well, I think there is something haunting about it; one of my favourite films of the 60s, which is why I chose it as my first 'unsung' film.