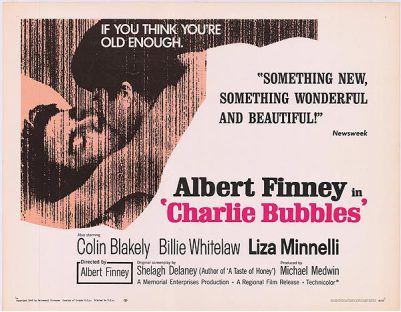 Directed by Albert Finney (the only film he directed), written by Shelagh Delaney and starring Finney, Liza Minnelli, Billie Whitelaw and Colin Blakely, Charlie Bubbles is not quite the sum of its parts but makes a fascinating, albeit short (80 minutes) film on the perils of stardom and losing touch with your roots, something no doubt Finney himself and others had had to come to terms with.

Finney plays the titular character, a Northern working class writer who has become a big success but who clearly feels trapped and bored.  The film opens with him discussing 'residuals' and dull tax matters with his accountants in a posh London club, but he soon takes the chance to break out of his torpor when he discovers an old friend, the wonderfully named Smokey Pickles (Colin Blakely) and they decide to have some fun.  The first time I saw this I thought it was just a fantasy scene, as films were very prone to them at the time: 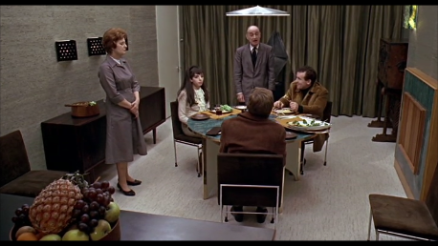 The section where Bubbles and Pickles arrive back at Bubbles' house, completely wrecked after an all-day drinking session, is a masterly sequence, shot mainly as seen from the many CCTV cameras installed in the house, as we meet Bubbles' flustered housekeeper and stoic butler, along with Miss Liza Heyho (?) (Minnelli), Bubbles' secretary who appears to be some kind of US student on a sabbatical.  We have already learnt, from earlier conversations between Charlie and Smokey, that Charlie is divorced from his wife, Lottie (Whitelaw) but has a son, and the latter two live in Derbyshire, and when she rings up demanding to know what has happened to him it is clear that he had forgotten.  He decides to leave that night, taking Minnelli with him, which seems a bad idea as he is so drunk, but which fits in with the generally cavalier attitude to drink driving which prevailed in those days and which seems so strange now, nearly 50 years later. 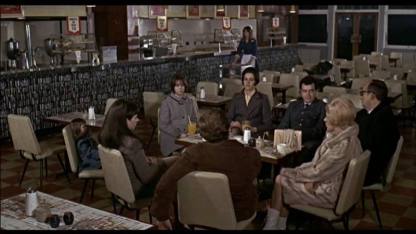 There is a disquieting and unsettling scene in the cafe of a motorway service station (possibly fairly novel at the time) where first Alan Lake, playing an RAF man, cadges a lift up North, then Yootha Joyce, no stranger to slightly bizarre roles such as her cameo in Catch us if you can, turns up with a few unintroduced characters.  She and Charlie obviously know each other, presumably family, although there seems to be no reason why they would be on the M1 at 02:00 in the morning.  The whole scene reminded me very much, watching it again, of Kazuo Ishiguro's very weird novel 'The Unconsoled', which is difficult to describe for those who haven't read it.

Arriving in Salford early morning, there is a sort of poetic melancholy in the dereliction, but it's very hard to say where this is exactly, even reelstreets.com is silent on the subject.  A nicely shot scene, but the band does seem an affectation: 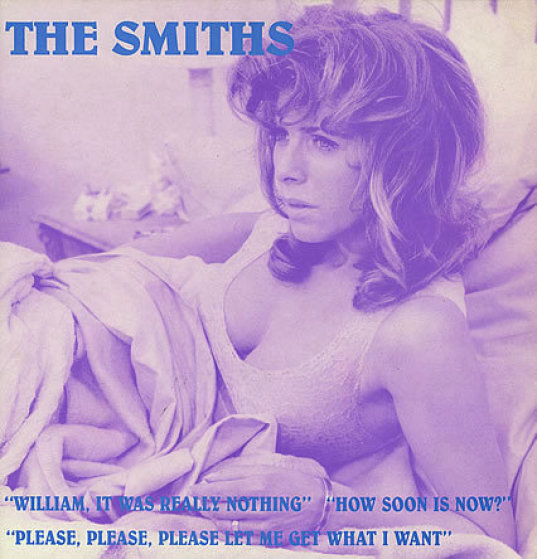 The image from the film of the singles cover 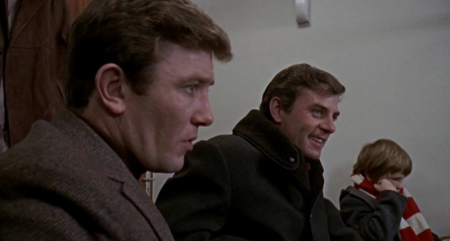 After seeing his ex-wife (Billie Whitelaw, who adorns the cover of The Smiths' single cover for 'William, it was really nothing', see above) Charlie tries to bond with his son Jack, but it's not easy to pick up where you left off if you rarely go home, and their isolation in a private box (although I can't see any prawn sandwiches on display), behind glass seems to mirror Charlie's own isolation, particularly as an old school 'friend' (John Ronane) insinuates himself into their company, with some none-too-subtle digs at the-boy-that-left-home-and-made-good: 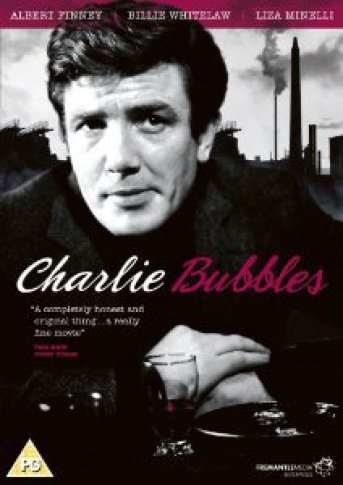 The biggest problem with the film is that they seemed to have absolutely no idea how to end it, and it surely has the most sudden and unexpected end this side of Monty Python and the Holy Grail.  Did they run out of film?  Time?  Money?  They certainly ran out of ideas, and it really spoils an otherwise quite astute and observant film.  For once my two reference volumes, Halliwell's Film Guide and the more recent Radio Times guide, are in agreement, the former (which might be expected to dislike the film), says "in its unassuming way it indicts many of the symbols people lived by in the sixties" whilst the latter confirms it is "rich in resonances of the era" although I'll have to take their word for it as I was four at the time.

As usual in 60s films there are some nice cameos, with (in addition to those mentioned above) Joe Galdwin, Peter Sallis, Diana Coupland and even Bryan Mosley all adding to the fun.  The DVD can be bought for under £4 from play.com.